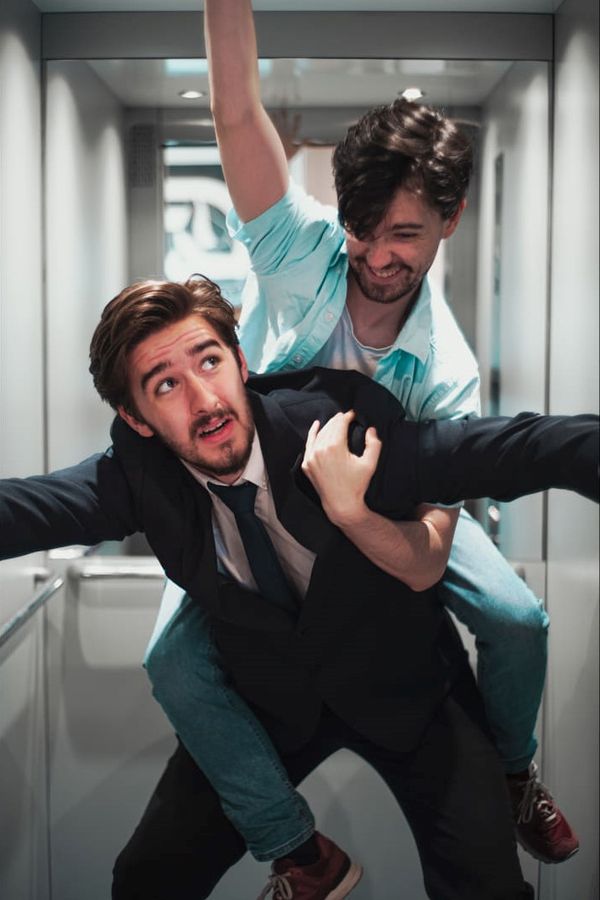 What can you do in 20 Seconds?
Wake up? Fall asleep? Make an enemy? Fall in love? Save a life?
Is it enough time?
In this debut performance by Thunder and Theatre Company, 20 SECONDS is story of two complete strangers attempting to become friends after circumstance leaves them trapped in an elevator.
As tensions rise a struggle leads to the unwilling admittance of a dark secret from one of the men.
As they try to adjust to the new atmosphere in their temporary metal prison, we see them grow as friends and each of the men find a new confidence they didn’t have before the silver doors shut, but was it enough?
This show is sure to leave audiences laughing, crying, and wanting more.
This piece is heart-warming and honest, and Thunder and Theatre are very excited to be sharing this story.
Running Time : 75 mins
Suitable for all ages 15+
Sexual strong language and sexual references
WRITTEN & PERFORMED BY : Liam Wilson Smyth and Kenneth Doran
DIRECTED BY : Niamh McGrath
LIGHTING AND SET DESIGN : Shannon Cowan
SOUND DESIGN BY : Conrad JB
About the company…
The two company owners, Liam and Kenneth, began their training in Inchicore but their Drama journey began two years previous when the two men did a two man show as part of the Tallaght Theatre Festival where they won the award for best Leading Males. After this they ran a Drama group and directed several shows before performing together is “Disco Inforno”, After going to college together they set up their theatre company with the intent of depicting real life and always finding a platform for new, young talent to perform their work.