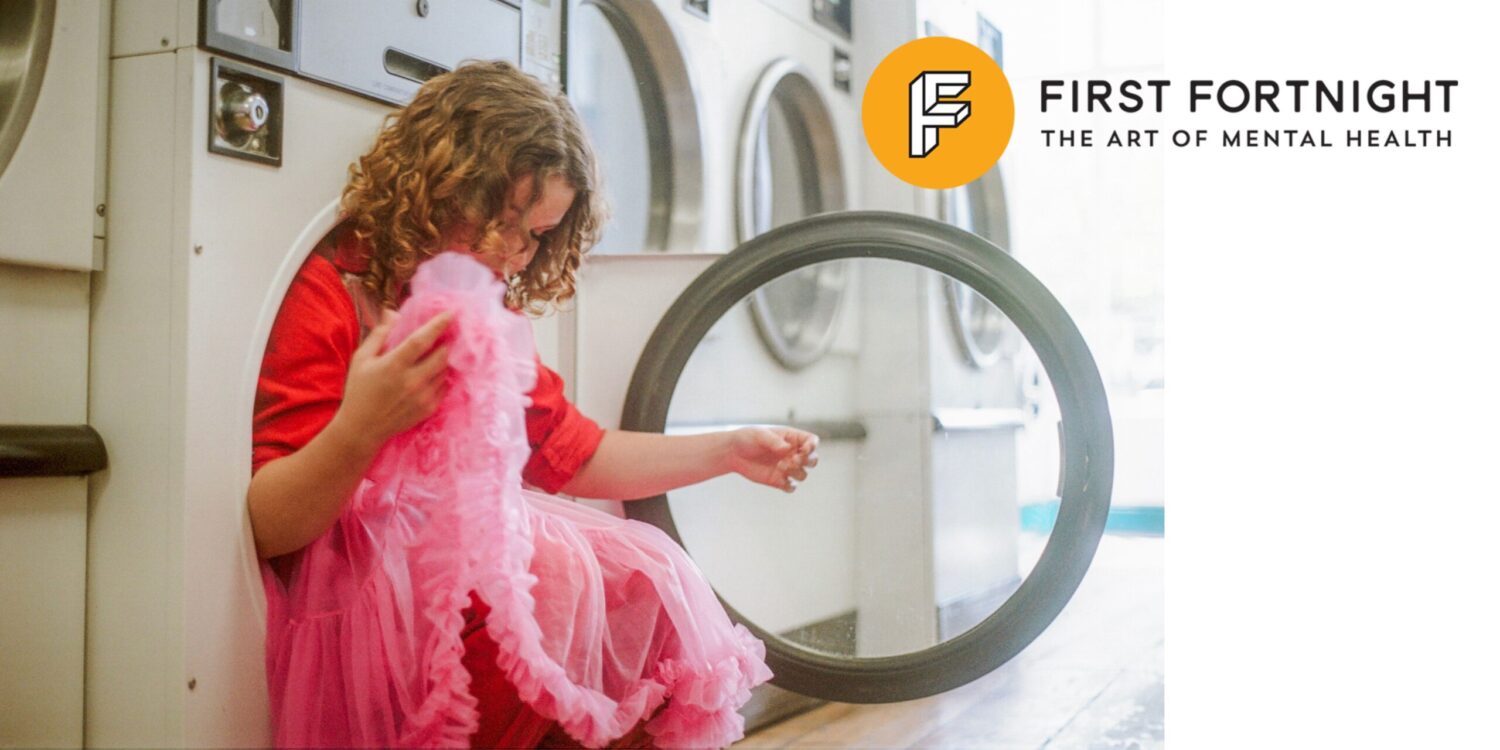 Marina works in a 24-hour dry cleaners in a lonely Dublin. The streets feel like a film set and everyone looks like a stranger. Every day, accompanied only by radio broadcasts from musical weatherman Anthony Murphy, she creates stories from the clothes her customers won’t come to collect. Written by Iseult Deane and presented by bluehouse theatre, 24/7 Bliss is a play about film stars, banshees, build-to-rent apartments and losing the sensation of touch. A demi-opera dedicated to clean clothes.

About the company…
bluehouse is an emerging Dublin-based theatre company composed of Caoimhe Coburn Gray, Iseult Deane, Jack Delaney, Ellen Finnerty and Sam Killian. Together, through a mix of original writing, live music and immersive designs, we create ambitious performances which aim to enliven and interrogate the spaces we live in.

Our first collaboration took place while still students of Trinity College Dublin. The Lighthouse, which was devised and directed by the company, was staged in DU Players Theatre in October 2018. bluehouse was founded in 2020, the same year that we were selected to participate in Dublin Fringe Festival’s Fringe 50 Initiative, through which we received mentorship from Brokentalkers.

Later in the year, we developed the show further with the support of the Arts Council and with mentorship from theatre-maker Luke Casserly.