--> Skip to content
Home Events A Conversation with Bob Woodward 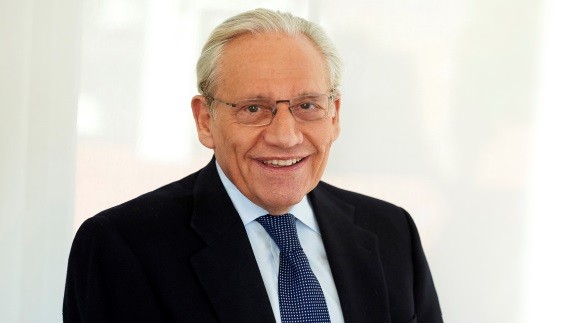 A Conversation with Bob Woodward

Bob Woodward’s Fear: Trump in the White House, debuted as a #1 international bestseller in September 2018. It is the most detailed and penetrating portrait of a sitting United States president in the first year of an administration. Fear: Trump in the White House sold more than 1.1 million copies in its first week – breaking the 94-year first-week sales record of its publisher Simon & Schuster – and over 2 million copies in hardback, ebook and audio to date.
On 10th June 2019, Bob Woodward will provide an inside look into the Trump presidency at the The Olympia Theatre. His appearance is not to be missed.
Bob Woodward is a legend in journalism. Nick Bryant of the BBC said, “I wonder how many journalists have arrived in Washington over the years dreaming of becoming the next Bob Woodward…Though his books are often sensational, he is the opposite of sensationalist. He’s diligent, rigorous, fastidious about the facts, and studiously ethical. There’s something almost monastic about his method…He’s Washington’s chronicler-in-chief.”
Jill Abramson, the former editor of The New York Times, said in her review of Fear written for The Washington Post, “In an age of ‘alternative facts’ and corrosive tweets about ‘fake news,’ Woodward is truth’s gold standard…explosive…As a profile of Trump, the book is devastating…jaw-dropping.”
Woodward has worked for The Washington Post since 1971 and shared in two Pulitzer Prizes – the first with Bernstein for their Watergate coverage and the second as the lead reporter for the Post‘s coverage of the September 11, 2001 terrorist attacks.
Bob Woodward has written 19 books. All have been national bestsellers in the United States – 13 of them (now including Fear) have been #1 national nonfiction bestsellers.  He has written articles and books about the last nine United States presidents from Nixon to Trump.