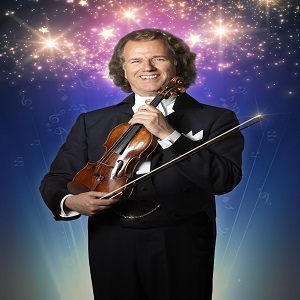 André Rieu, the Dutch “King of Waltz” who has made classical music accessible to ordinary people, will bring his Johann Strauss Orchestra back to Ireland on 11th/12th September.
Dubbed the Maestro of the Masses (New York Times) and a Weapon of Mass Happiness (The Spectator), André Rieu returns with his 60-piece Johann Strauss Orchestra, the largest private orchestra in the world, the Platin Tenors and many international soloists. In 2018 André performed for 100.000 UK/Ireland fans!