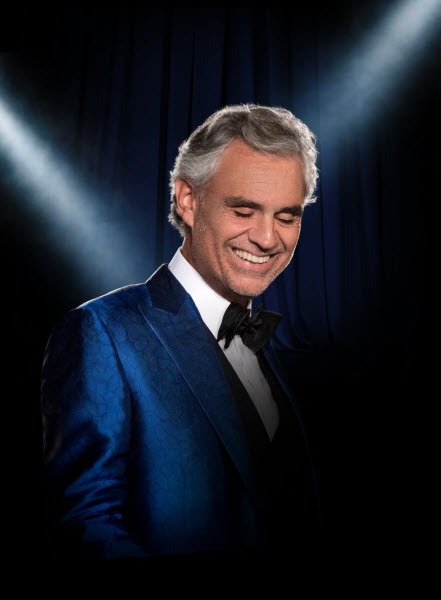 The world’s most beloved tenor Andrea Bocelli has announced that he will be returning for an arena tour in the autumn of 2020. Having sold out his show on October 21st, a second date has now been added on October 22nd 2020.
Andrea Bocelli released his 16-track album ‘Si’ in 2018 – his first brand new material in 14 years – billed as “a celebration of love, family, faith and hope”.  ‘Si’  features tracks co-written with Ed Sheeran and Tiziano Ferro as well as duets with Dua Lipa, fellow contemporary classical star Josh Groban and soprano Aida Garifullina. The album also sees Bocelli’s 20-year old son Matteo collaborate with him on the track ‘Fall On Me’ which appears on the soundtrack to the upcoming Disney movie The Nutcracker and The Four Realms.