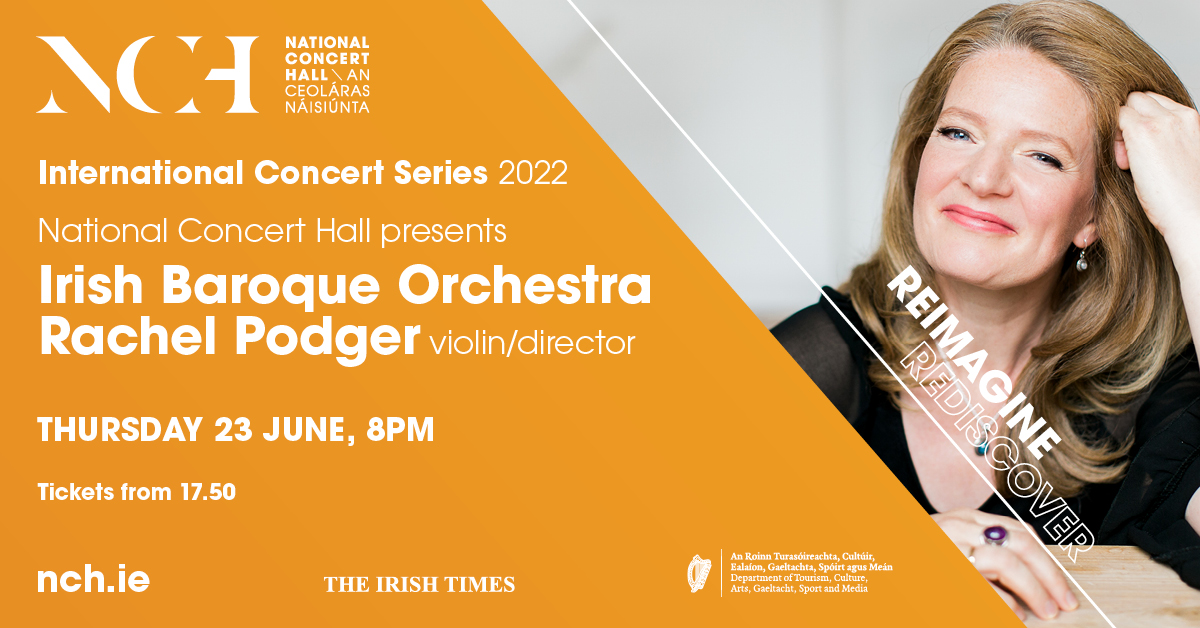 The Irish Baroque Orchestra is joined by internationally renowned Baroque violinist and director, Rachel Podger in Bach’s Doubles and Triples on Thursday, June 23rd / 8pm at the NCH. The concert is part of the NCH International Concert Series 2022.

Featuring four Bach concerti, the programme opens with a contrapuntal tour-de-force, Bach Concerto for Two Violins in D minor. Affectionately known as the ‘Double Concerto’, it is one of Bach’s most well-loved works and a fine example of a Baroque concerto.

It is followed by Bach Concerto for Harpsichord, Flute and Violin in A Minor which sets up a vibrant dialogue between the three solo instruments and the orchestra. The harpsichord plays the starring role throughout the piece.

In Bach Concerto for Violin and Oboe in D Minor, both instruments reflect their distinctive timbre and characteristics, with the violin winning out for its virtuosity. The concert concludes with Bach Concerto for Three Violins in D Major, in three movements, with two lively Allegros framing a lovely Adagio.

Irish Baroque Orchestra / Rachel Podger perform Bach’s Doubles and Triples on Friday, June 24th / 7.30pm in the Sheldonian Theatre, Oxford and in the Chapel of Trinity College, Cambridge on Sunday, June 26th / 7.00pm. Both concerts are supported by Culture Ireland.