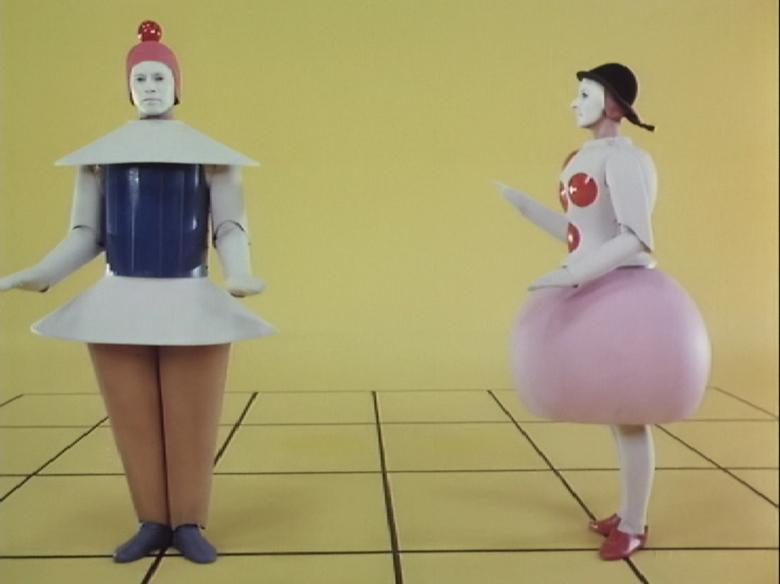 Walter Gropius considered a dramatic work for the stage to be an interplay of various disciplines creating an “orchestral unity”, similar to architecture. Due to the structural kinship of both arts, he saw the need for establishing a Bauhaus stage. Here, the basic elements of stage design were to be examined and reformulated.
At the centre of the Bauhaus stage was Oskar Schlemmer, who directed the theatre workshop from 1923 to 1929. With his Triadic Ballet and the Bauhaus Dances, he examined the dynamics between figure and space in the abstract, and geometric interplay of form, colour, sound, movement and light.
In the works of Lothar Schreyer, Ludwig Hirschfeld-Mack, Kurt Schmidt and Wassily Kandinsky, modern relationships of light, space and movement, characterised by technology, urbanism and mass media, were transferred to the stage. Abstract costumes, light apparatuses and sets became the central protagonists. In this way, the traditional hierarchy between human and technical stage devices was removed.
Other films in this series:
6 October | Mies van der Rohe’s Neue Nationalgalerie. Read more
13 October | Bauhaus: Model and Myth. Read more
3 November | Mies van der Rohe’s Villa in Brno, Haus Tugendhat. Read more
10 November | Bauhaus Spirit: 100 Years of Bauhaus. Read more