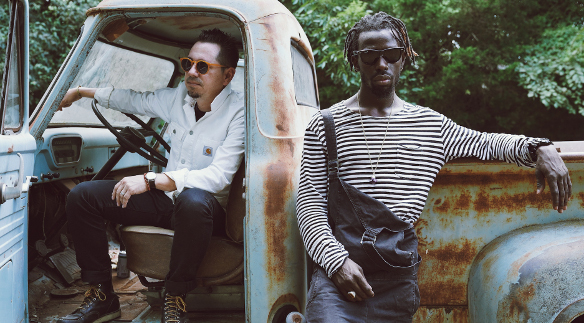 Black Pumas have shared their debut La Blogothèque ‘Take Away Show’ performance of ‘Colors’ – a worldwide viral hit and highlight of their remarkable self-titled debut record which arrived in 2019.

Shot last November in Paris in the shadow of the Eiffel Tower and in the midst of Black Pumas entirely sold-out European tour, the Blogotheque ‘Take Away Show’ is yet another taste of the band’s powerful and stylish live performances which have won fans across the globe. Speaking about the session, Black Pumas’ Eric Burton said: “We got together with La Blogothèque to record a version of ‘Colors’ near the Eiffel Tower the last time we were in France. Having spent a lot of time watching previous Take Away shows, it was a true honor to have the opportunity to do this in one of our favorite places to play.”