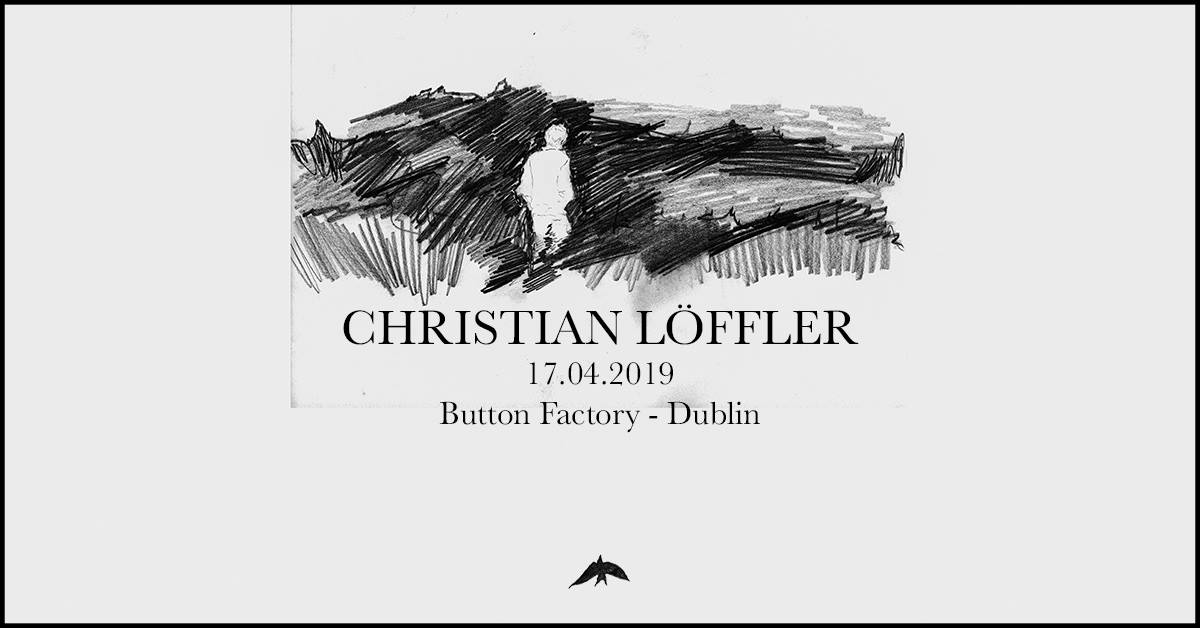 Homebeat are delighted to welcome their longstanding friend Christian Löffler back to Dublin to present new material from his beautiful new album GRAAL (Prologue) in the Button Factory
Christian Löffler
Christian Löffler’s newest album, released on April 5th via his own imprint Ki Records, employs his signature melancholic sound and continues to draw on the importance of his physical surroundings as inspiration.
Named after the town he resides in, Graal (Prologue), contains music that was created in a period where Löffler was constantly away on tour – sketches of melodies written on the road. The resulting six tracks on the album have a minimal and focused feel, and are also accompanied by Christian Löffler’s own art; a series of hand-drawn monochromatic sketches that served as inspiration for the music.
Löffler’s music has been streamed over 55 million times and the artist has performed alongside notable acts like alt-J, Bonobo, The Glitch Mob, JUNGLE, Noisia, Nick Murphy fka Chet Faker, Son Lux, Axwell ∆ Ingrosso, Hardwell, and ZHU at renowned festivals worldwide.
The Graal (Prologue) tour will provide the unique ambiences the prolific musician and producer has become well known for through his live performances and the spectacular locations they’re set in.
www.christianloeffler.net
www.ki-records.com
—
DOORS : 8pm
SUPPORT : TBA
TICKETS : €18 +