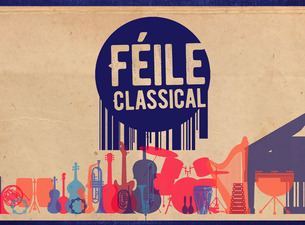 The nineties, the tribal days of Irish music, the days where the music you loved defined your identity. Whether you were a punk, a grunger, a rocker, a britpoper, a raver or an indie kid – your hair, clothes, makeup, shoes and any other obscure place in between carried an emblem, a lyric, or an album title. You wrote to fan-clubs waiting mostly in vain for a response, you worshipped your albums’ inlay cards, painstakingly learning every last lyric. The chances of seeing them live was slim, the chances of ever seeing a few of your bands on the same bill? That was inconceivable…. Then one glorious summer weekend in 1990 the Trip to Tipp happened and the lives of young Irish music fans changed forever!

Twenty-eight years ago, Féile, the first ever multi-day Irish music festival was born on the hallowed turf of Semple. It was revolutionary, a mecca for every tribe of music-fan, all clamouring to its one stage, each person’s anticipation adding to the build-up for the headline act. It was a rite of passage for both the Irish acts on its line-up as it was for ticket-holders.

After its long hiatus Féile will finally make an electrifying return to Thurles on Saturday 22nd September as Féile Classical. Tom Dunne, who’s band Something Happens performed at Féile ‘90, ‘91 and ‘93 and who’s album Tom Dunne 30 Best Irish Hits, was one of the biggest selling Irish compilation albums ever, is the driving force behind Féile Classical delights: