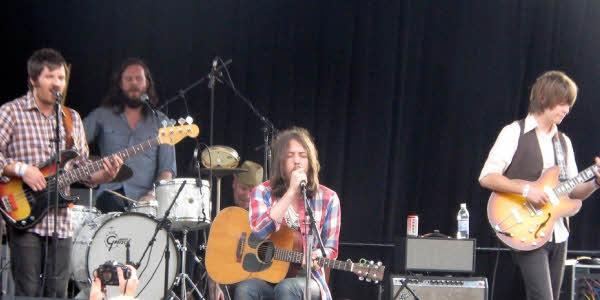 Fleet Foxes are coming to the National Museum of Ireland, Collins Barracks this Summer on the 28 August 2022.

Seattle-based indie folk band Fleet Foxes first came onto the scene in 2008 with their self-titled debut album, bringing them widespread acclaim and earning them platinum status in the UK and landing them atop numerous year-end best-of lists. Their second album, Helplessness Blues, followed in 2011 and reached similar success, going gold in the UK and earning them a Grammy nomination in the US.

In May this year, the band made their live return at the Wilma Theatre in Missoula, in which they performed nine songs from new album Crack-Up.

This 2022 show will mark the first time the full band will perform songs from its critically acclaimed fourth studio album Shore, released on Anti- in 2020 and currently nominated for the 64th GRAMMY Awards in the category of Best Alternative Music Album. This is the second nomination for the band, whose sophomore release Helplessness Blues was nominated for Best Folk Album in 2012.