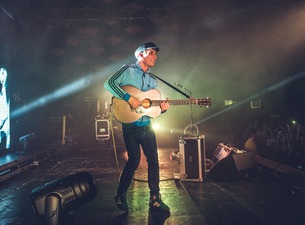 Glasgow-born Gerry Crosbie (aka Gerry Cinnamon) is a blues-inspired singer, songwriter and guitarist. His debut track, Kampfire Vampire, came out in 2015 and he’s built up a large and loyal following throughout Scotland ever since.
Gerry has received the Great Scot Award and was named Best Live Act at the Scottish Alternative Music Awards. His debut album, Erratic Cinematic, came out in 2017 and shot to the top of the album charts.
He has recently confirmed the release of his sophomore album, The Bonny, on 10 April 2020 through his own label, Little Runaway.