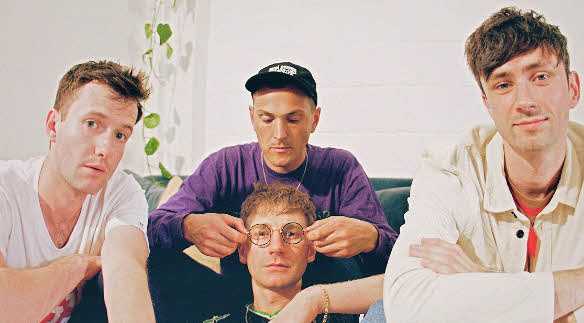 Fundamentally a nostalgic memoir of his life so far, ‘Dreamland’ finds Bayley covering expansive and difficult ground. As a result, the brand-new album is packed full of intensely sensitive and personal experiences, none more emotional than when the bands drummer Joe Seaward was involved in a monstrous bike accident in July 2018 which threatened his life, and that of Glass Animals altogether. Born at a time of immense confusion and uncertainty for the band, it’s an album that will be very timely for the world when it lands on the 7th August.

Originally meant to be released in May, Glass Animals had planned to celebrate ‘Dreamland’s arrival with two back-to-back shows at the iconic Red Rocks, with support from recent collaborator Denzel Curry. It was due to kick-off a busy 2020 that should have seen the band play venues and arenas across the globe and celebrating the release of their new record with their fans.