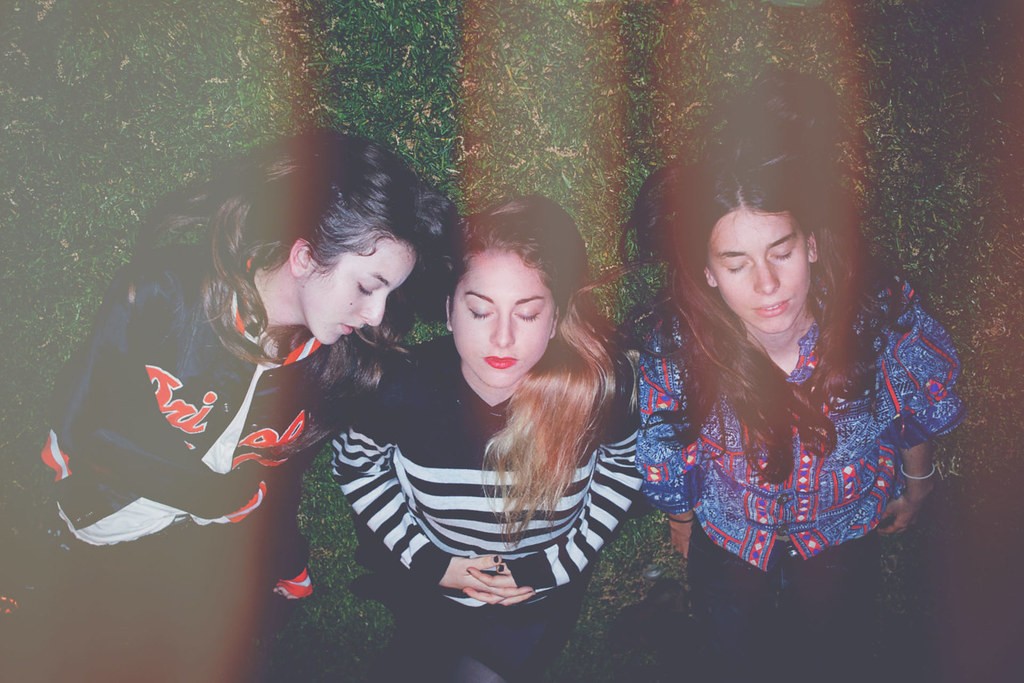 Since making their debut with 2013’s widely praised Days Are Gone, HAIM have embodied a defiant abandon when it comes to their music. On the strength of their sophisticated musicality and kaleidoscopic sensibilities, the Southern California-bred sister trio have collaborated with artists as eclectic as Stevie Nicks and Calvin Harris and Dirty Projectors, toured with Taylor Swift and Rihanna, and artfully embedded their songs with elements of everything from folk to hip-hop to power-pop. Now at work on their third album, HAIM are bringing even greater boldness and urgency to their artistry, ultimately turning out some of their most revealing and sonically adventurous material yet.
The follow-up to 2017’s Something to Tell You, HAIM’s forthcoming album finds the band working again with two longtime collaborators: Grammy Award-winning producer Ariel Rechtshaid (Adele, Blood Orange, Carly Rae Jepsen) and Rostam Batmanglij (Charli XCX, Solange, Frank Ocean). In creating the album, the trio have drawn from the dozens of songs sketched during their relentless touring over the past few years, deliberately adopting a no-holds-barred approach to each track’s arrangement and atmosphere.