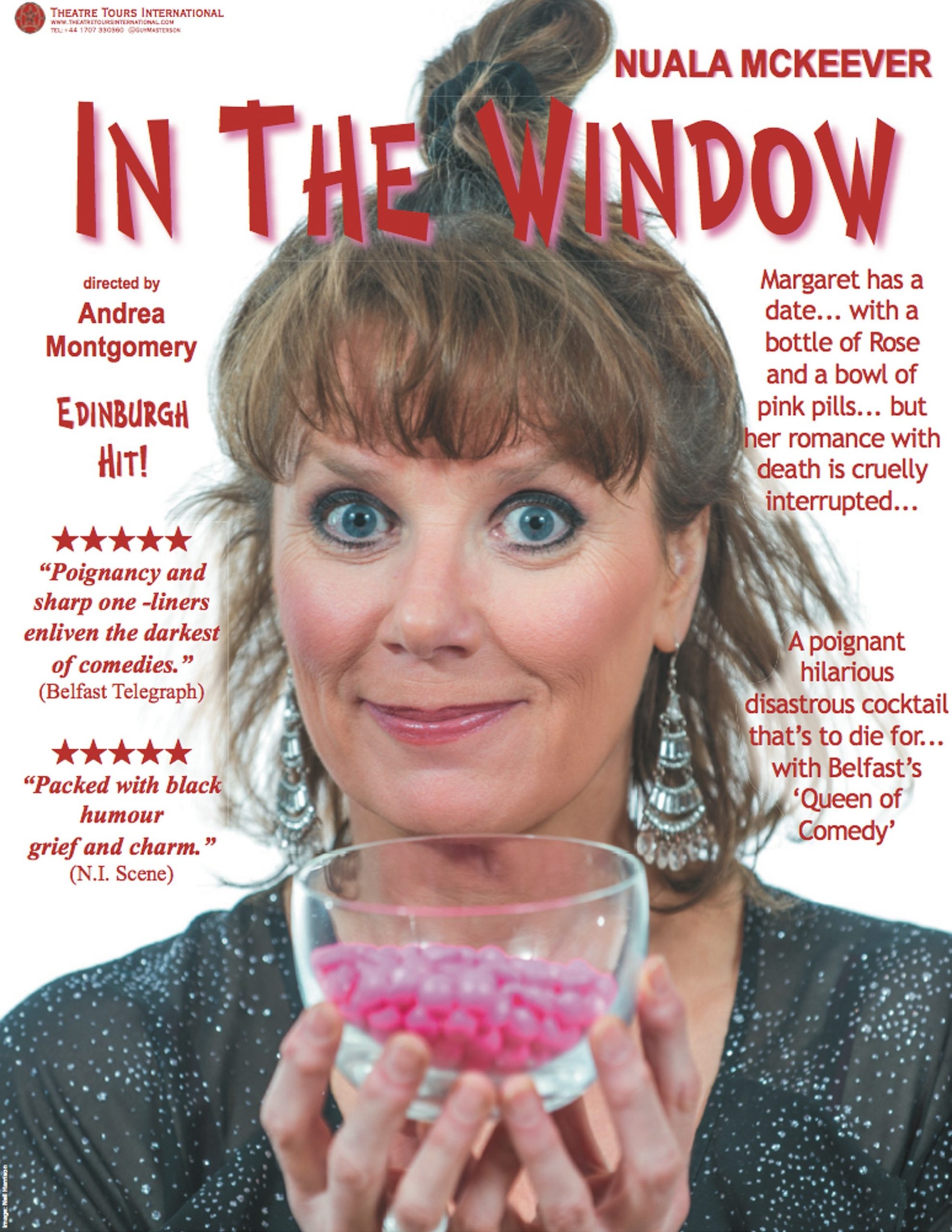 In her internationally-acclaimed comedy hit, Nuala McKeever delivers a poignant, hilarious, cocktail that has wowed audiences from the USA to India.
29 Mar 2019 | 7:30pm | Main Space
Life hasn’t turned out the way Margaret dreamed. She’s lonely as hell, in a house that won’t sell, with no kids, no husband and a job that’s deathly boring. So tonight, she’s got a date with a bottle of pink fizz and a bowl of pink pills and she’s going to go out in style.
But her romance with death is rudely interrupted by an intruder, a nosy neighbour and a policeman – a tall, handsome policeman.
“Totally captivating (★★★★★)”  Broadway Baby
“Exceptional”  Irish News
“Razor sharp one-liners enliven the darkest of comedies”  Belfast Telegraph
Recommended Age : 15+
Running time : 85 mins