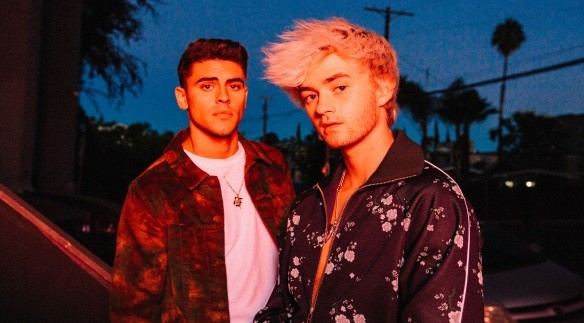 The meteoric rise of Omaha-born and Los Angeles-based pop phenomenon Jack & Jack hinges on the lifelong friendship of Jack Gilinsky and Jack Johnson. That friendship translates to the undeniable chemistry at the heart of their music. A gold-certified single “Like That” [feat. Skate], a pair of chart-busting EPs—Calibraska [2015] and the conceptual Gone [2017]—and sold out headline tours positioned them for a major breakthrough only catalyzed further by the runaway success of their collaborative single with Jonas Blue, “Rise.” Not only did the crossover smash clock half-a-billion total streams in under six months and top charts around the world, but it also peaked at #1 in the UK and the boys teamed up with Blue for a show-stopping Wembley Stadium performance in front of 90,000 people. As “Rise” took off, they ignited Top 40 radio with “Beg” and performed the single on The Today Show.