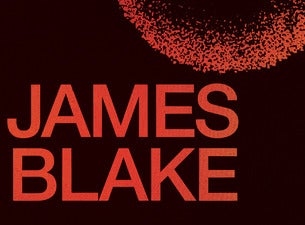 James Blake is a genre-defying musician and producer. Since breaking through with his self-titled debut album in 2011, he’s become one of the most respected musicians of his generation. That record, which peaked at No.2 on the Official UK Albums Chart, features the singles Limit to Your Love, The Wilhelm Scream and Lindisfarne/Unluck, and was also nominated for the 2011 Mercury Prize.
Since his debut, Blake has gone onto release three more studio albums: 2013’s Overgrown and 2016’s The Colour in Anything, the former earning him the Mercury Prize. His fourth album, Assume Form, was released in January 2019. After teasing fans with the album’s title on sites in Los Angeles, New York and London, Blake confirmed details about its release including some feature guest appearances from the likes of Andre 3000, Travis Scott, ROSALÍA, Metro Boomin and Moses Sumney.
Over the past few years, the enigmatic multi-instrumentalist has also worked with artists such as Kendrick Lamar, Beyoncé, Jay-Z, Bon Iver, Chance The Rapper and Frank Ocean, not to mention collaborating on arts’ projects with Quentin Blake and Natalie Portman as well as appearing on The Black Panther soundtrack.