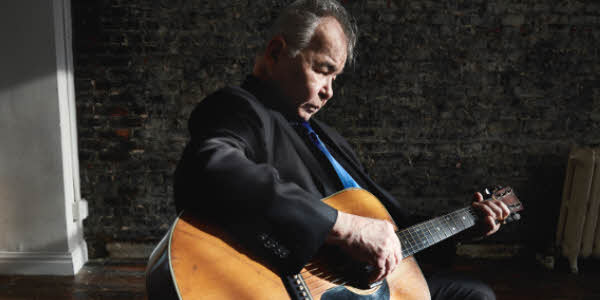 2019 marks the 20th anniversary of John Prine’s beloved album, In Spite of Ourselves, which was originally released September 28, 1999 on Prine’s own independent label, Oh Boy Records. Prine’s first release after beating cancer, the 16-song record features a collection of duets with some of Prine’s favorite female country artists including the breakthrough title track, a duet with Iris DeMent. In the 20 years since it came out, “In Spite Of Ourselves” has become Prine’s most successful song with over 40 million streams.
In celebration of the anniversary, a new 2-song EP, Sittin’ On A Rainbow, featuring the remastered version of “In Spite Of Ourselves” along with “Who’s Gonna Take The Garbage Out” (featuring Iris DeMent from For Better, or Worse) is now available at all digital services (purchase/stream here). Also available today is a limited edition, pink vinyl of In Spite of Ourselves, released as part of the Ten Bands One Cause vinyl campaign. Proceeds from the release benefit Gilda’s Club NYC, a charity that provides support for cancer patients and their loved ones