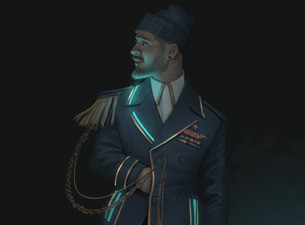 The New York-based singer, songwriter, musician and producer is touring in support of his full-length debut, The Human Condition (Capitol Records/Visionary Music Group), which recently entered the Billboard 200 at No. 5. “All Time Low,” the first single, just launched at Pop radio with some of the most influential stations adding the track. A fan favorite that topped the Billboard Twitter Emerging Artists chart,  “All Time Low” has more than 60 million streams. This video for “All Time Low” was shot during Bellion’s sold-out summer tour.
The Human Condition earned a spot on Billboard’s list of the “Best Albums of 2016 (So Far).” Complex praised Bellion’s new music as “nothing short of impressive.” Forbes observed, “Jon Bellion is a new kind of pop star” and TIME praised his “smooth pop vocals over pulsing hip-hop beats.” “It’s only a matter of time before he becomes a household name,” predicted MTV.
Bellion got his start with a series of mixtapes featuring his original songs – all recorded in his parents’ basement. He built a remarkable following by sharing his music directly with listeners, giving away more than 200,000 free downloads of 2014’s The Definition and playing live for fans on two sold-out national tours. His songs have more than 207 million streams collectively across Spotify, YouTube and SoundCloud. The Human Condition is his first-ever commercially released collection of songs.