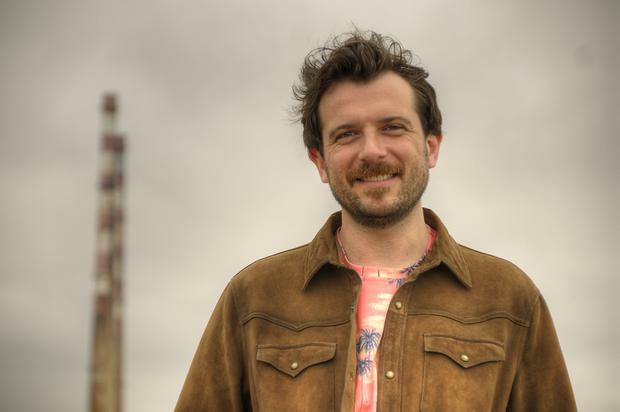 As seen listening to Sinead Walsh and Keego telling him some crazy stories on Clear History on RTE 2, Kevin McGahern comes to The Lighthouse.

Kevin began his career in 2009 after taking a job as a barman in The International Bar – the birthplace of Irish comedy. He swiftly made the decision to go on the dole and dedicate his life to making people laugh. As well as being the host of RTE’s Republic Of Telly for 10 seasons he has appeared on Hardy Bucks, Alison Spittle’s Nowhere Fast, Kevin McGahern’s America, Kevin McGahern’s Fast and Furious, Finding Joy, Bridget and Eamon and many, many, ok not that many more.

As well as being a regular in the top Irish comedy clubs, in particular the Laughter Lounge, he has performed in a number of festivals including the Vodafone Comedy Festival, Galway Comedy Carnival, Body and Soul, Electric Picnic, Forbidden Fruit and at the Edinburgh Fringe.

Our host on the night is another member of the Irish comedy sainthood, Mr Kevin Gildea!! As well as being a comedian, Kevin is an actor, writer and owner of the beautiful Kevin Gildeas Brilliant bookshop – handily located across teh road from the Lighthouse, do drop in and pick up an aul leabhar!

These 2 comedy behemoths will be supported by The Craic Dealers. A group of comedians fom Dublin.

Ben Verth is the man with a voice so sexy, the mic may end up pregnant.

Sinead Walsh brings her fast-paced, witty and extremely funny stories take in everything from nature, nursing a broken heart and nanny-goat mamboing.

A night of mirth, merriment and other things starting with the letter M is in store! Fantastic venue, full bar and belly fulls of laughs!