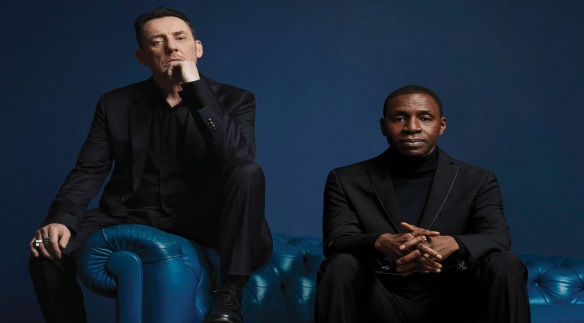 Vocalist Tunde Baiyewu and keyboard player Paul Tucker formed Lighthouse family in 1993 in Newcastle upon Tyne, England after meeting at college. Their 1995 debut album Ocean Drive sold more than 1.6 million copies in the UK alone and established them as a popular easy listening duo throughout Europe.

Their first single, Lifted, was one of the defining songs of the era, an uplifting pop-soul classic that was inescapable on radio, becoming the soundtrack of high street Britain, drivetime Britain and night-out Britain. Three further hit singles followed: Ocean Drive, Loving Every Minute and Goodbye Heartbreak.

Lighthouse Family split up in early 2003 due to a heavy promotional schedule and the incredible international success of ‘Whatever Gets You Through The Day’. This led to both men pursuing individual projects but now they are back with their brand-new album ‘Blue Sky In Your Head’ and headline performance at The Sound House.

Messages of hope and uplift. Sentiments of community and communion. Songs of love and connection. Tunes to sing, loudly, from the heart.

It can only be Lighthouse Family, back to dream up the magic all over again.