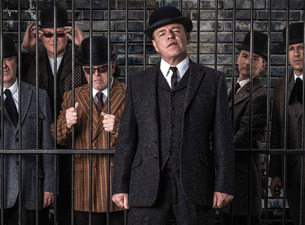 Madness have rescheduled their upcoming show and will now come to 3Arena on 6th August 2022.

British pop giants Madness have today announced their sure-to-be triumphant return to the road with ‘The Ladykillers Tour’. After 18 months cooped up considering their career options (punctuated by excursions out for critically acclaimed docu-series ‘Before We Was We’ and last night’s magnificent ‘The Get Up!’ more on which later) the Nutty Boys finally get back to doing what they do best – uniting the people for a right raucous live bash. And with a live set teeming with hits from their unrivalled back catalogue, what-a-tour this promises to be.