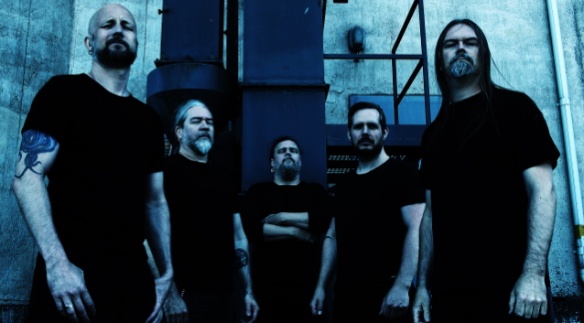 Meshuggah is a Swedish extreme metal band formed in Umeå in 1987. The band’s current lineup consists of lead vocalist Jens Kidman, lead guitarist Fredrik Thordendal, drummer Tomas Haake, rhythm guitarist Mårten Hagström and bassist Dick Lövgren. Since its formation, the band has released eight studio albums, six EPs and eight music videos. Their latest studio album, The Violent Sleep of Reason, was released on 7 October 2016.
Meshuggah has become known for their innovative musical style and their complex, polymetered song structures and polyrhythms. They rose to fame as a significant act in extreme underground music, became an influence for modern metal bands, and gained a cult following. The band was labelled as one of the ten most important hard rock and heavy metal bands by Rolling Stone and as the most important band in metal by Alternative Press. In the late 2000s, the band was an inspiration for the djent subgenre.