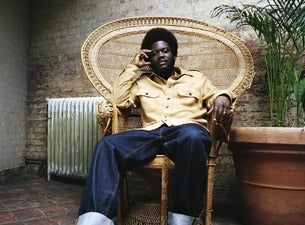 With Michael Kiwanuka, it’s all about the voice. A voice that he describes as “hitting straight through to the core” with direct, emotional songs about love, yearning, comfort and belonging. It’s a voice that built him a following via MySpace and small London gigs, and led Paul Butler from The Bees to invite him to the band’s Isle of Wight studio to lay down some introductory tracks. Which makes it all the more strange, really, that what Kiwanuka originally set out to be was a session guitarist who maybe wrote the odd song for other people.
The young British musician’s debut album was 2012’s Home Again, and fans are eagerly awaiting his third album, which will be the follow-up to 2016’s acclaimed Love & Hate. In the meantime, Kiwanuka released the single Money with Tom Misch earlier this summer.