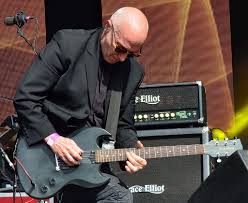 At the end of the 1970s momentous change was afoot in Britain and the world – in society, politics, fashion and culture – and the musical landscape was also about to change forever. The guitar-driven dominance that had propelled rock and punk throughout the decade was about to end, as synthesizers signalled the sound of the future and video transformed the look of the pop charts. The 1980s were about to explode into life and nothing would be the same again.
At the heart of this seismic leap into a futuristic new dawn were two records that set the template for much of what was to follow. Visage’s single ‘Fade To Grey’ from the band’s debut eponymous album and Ultravox’s single ‘Vienna’ from the album of the same name were global hits that shared the same stark ambience, European aesthetic and electronic heart. The albums that birthed those landmark singles expanded that sonic palette even further and brought the art-school alternative into the very centre of the mainstream.