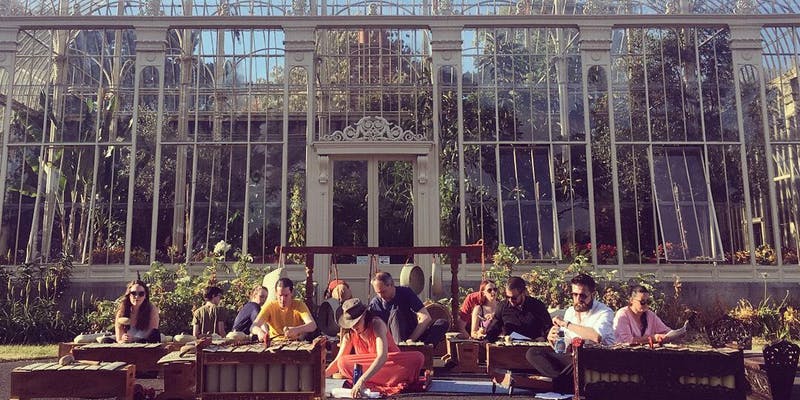 The Gamelan is a fascinating instrument consisting of a wide variety of gongs, bells, and xylophone-type instruments, that produce a magical sound when played.
The National Concert Hall Gamelan Orchestra was established by Dr. Peter Moran in 2014. The group originally began rehearsals in UCD, before moving to the NCH, to play on the specially-built set of gamelan instruments which was donated as a gift from Sultan Hamengkubuwono X of Yogyakarta, Java.
The ensemble’s first official concert as the NCH Gamelan Orchestra was to perform alongside the Royal Palace Gamelan Musicians of Yogyakarta, who were brought to Ireland to perform before the sultan and members of the Yogyanese royal family, and diplomatic delegates from around the world, for the gamelan’s formal “naming ceremony”. Since then, the ensemble has performed at festivals around Ireland, the UK and Indonesia, including the Electric Picnic, the Bray Jazz Festival, and the Yogyakarta International Performing Arts Festival in Java. In August 2018, the orchestra were delighted to be invited to represent Ireland at the International Gamelan Festival in Java. This year, we are delighted to be returning to perform once again in the beautiful surroundings of the National Botanic Gardens.
Seating will be on the grass outside weather permitting. You may wish to bring a rug or a low-backed chair.