--> Skip to content
Home Events Music Nothing But Thieves 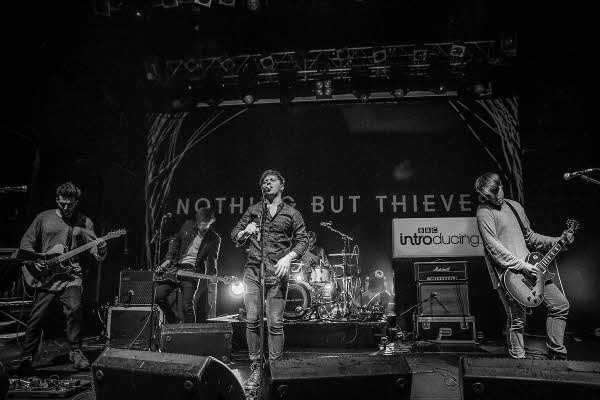 Kicking off in Dublin in September 2021, the tour will take in 9 UK and Ireland dates, including Arena shows in London, Cardiff and Nottingham, before heading to Europe and culminating in a headline show at Amsterdam’s Ziggo Dome. Tickets go on sale at 9am on Friday 18th September with a pre-sale via pre-orders of the album from Wednesday 16th September at 9am.

Nothing But Thieves recently made their musical return with new singles Real Love Song and Is Everybody Going Crazy?. Real Love Song was included as Annie Mac’s Hottest Record in the World before being added to the B List on Radio 1 and has already achieved 3.5 million streams worldwide. Richly anthemic and wildly grandiose, it builds triumphantly with a hymn-like euphoric melody alongside singer Conor’s poignant almost operatic vocals. Amidst mesmerising animations and a gritty performance from the band themselves, the Basak Erol directed video showcases the dreamlike story of three characters seeking love in the wrong places.