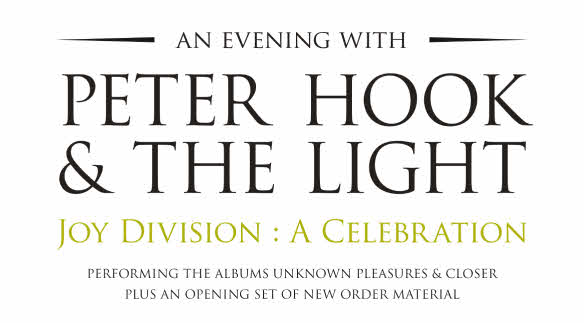 Commemorating over four decades of the group’s and Ian Curtis’ continuing influence, Peter Hook & The Light are to come to Dublin’s Olympia Theatre for a special date performing “Joy Division : A Celebration” on Friday 11th November 2022. Performing The Albums “Unknown Pleasures” & “Closer” with An Opening Set Of New Order Material

Playing both celebrated Joy Division albums “Unknown Pleasures” and “Closer” in full plus singles and B sides along with an opening set of New Order material, this promises to be a must-see show for Irish fans.

This Joy Division album show has become much less common for The Light as they move through their progression of touring the New Order albums in succession since 2012. Aside from some one-off gigs such as The Roxy in LA, Camden Roundhouse and Manchester Academy, this is the first Irish show to be announced for this set in many years.