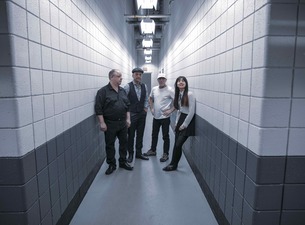 Rock band Pixies formed in 1986 and released their first album Surfer Rosa in 1988. The original line-up was composed of Black Francis (vocals, rhythm guitar), Joey Santiago (lead guitar), Kim Deal (bass, backing vocals) and David Lovering (drums) and their debut album, which received good reviews and became a college hit in the US and UK, catapulted them to fame.
With top 10 hits like Monkey Gone to Heaven and Here Comes Your Man, the band went on hiatus after the release of their second album before returning in 1990 with Bossanova, which reached No.3 in the UK. The band then disbanded acrimoniously in 1993, but reunited again in 2004, going on to enjoy several sold-out world tours. After Deal left in 2013, the Pixies hired Kim Shattuck as a touring bassist; but was replaced the same year by Paz Lenchantin, who became a permanent member in 2016.