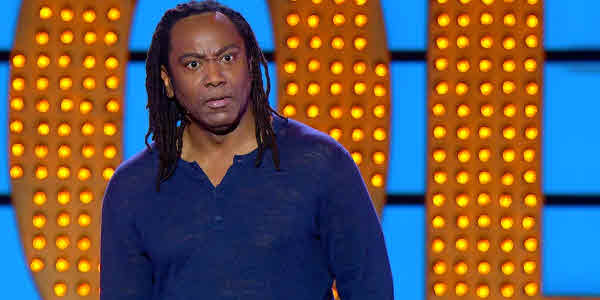 Reginald D Hunter is celebrating his 20th anniversary as a comedian living and performing in the UK with a 40-date tour of the UK and Ireland in 2019. Lauded by The Times for performing “comedy of a rare scope”, don’t miss his highly anticipated new show which will be packed with the searingly honest material that has garnered him a popular fan base spanning the generations.

Reginald’s appearances on television have included 8 Out Of 10 Cats Does Countdown, Have I Got News for You and the hugely popular three-part BBC2 series Reginald D Hunter’s Songs Of The South, which documented Reginald’s epic road trip from North Carolina to New Orleans through 150 years of American popular song.

Snow White and the Seven Dwarfs the Summer Panto