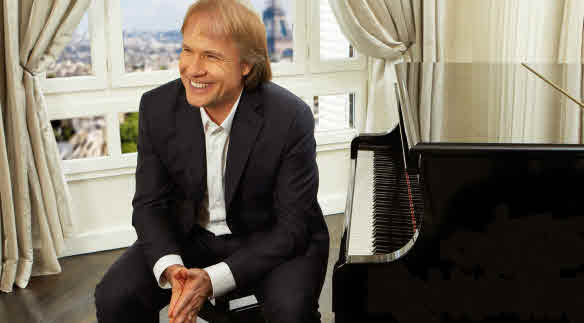 Richard Clayderman, the Prince of Romance, has sold more than 85 million albums in a career that has brought him to every corner of the globe. ‘Ballad Pour Adeline’ alone has sold a staggering 22 million copies since its release.
He comes back to The National Concert Hall for a very special show joined by the Romantic Rhapsody Strings and will play a selection of his best loved pieces. Richard Clayderman has arguably done more to popularise the piano than anyone since Beethoven. This is a show not to be missed.