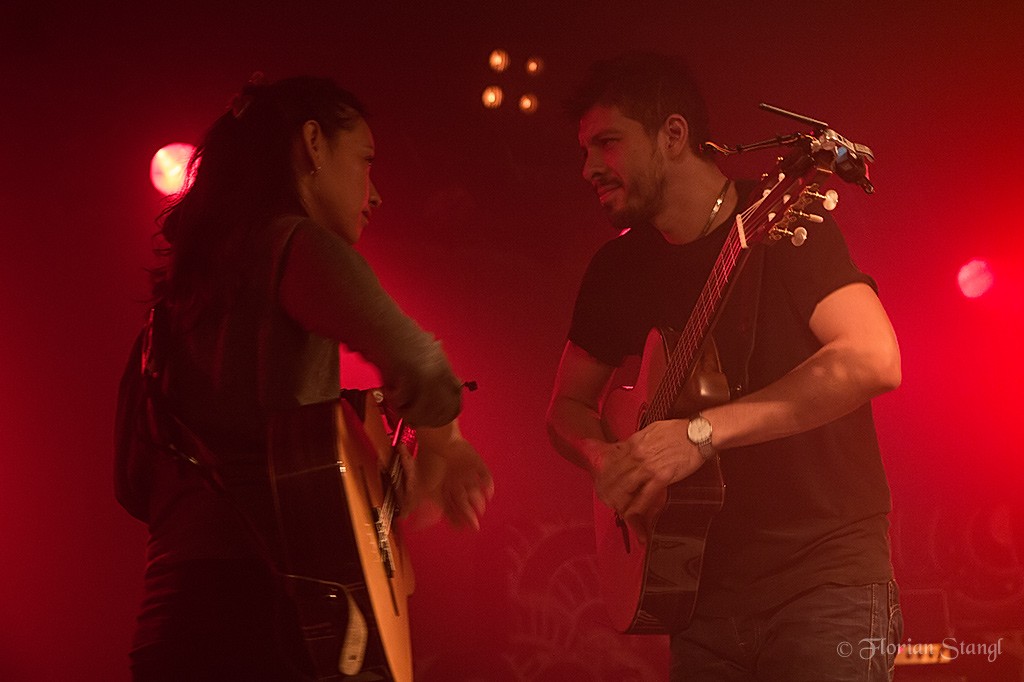 Rodrigo y Gabriela is a duo from Mexico City who specializes in playing fast, rhythmic acoustic guitar.They return to the Olympia after a very successful show in April. They will be appearing on September 19th 2019
Their unique sound, strongly influenced by Latin rhythms and harmonies, straddles both world and rock, and includes covers of Led Zeppelin’s “Stairway to Heaven” and Metallica’s “Orion”.
After meeting in a trash metal band, the two grew tired of the domestic scene and decided to move to Dublin. After busking in Copenhagen and Barcelona for a few years, they got their break in 2005 when asked to tour the UK with Damien Rice, a former busking buddy.
Their self-titled debut album, produced by John Leckie, was released shortly after, and entered the Irish Albums Chart as number one – beating both Arctic Monkeys and Johnny Cash.