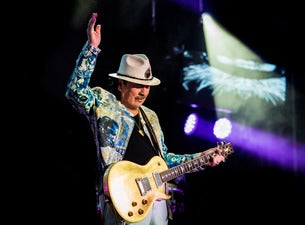 Ten time GRAMMY®-Award, three time Latin GRAMMY®-Award winning rock icon and Rock and Roll Hall of Fame guitarist Carlos Santana has announced he will hit the road across Europe this Spring for the Miraculous 2020 World Tour. Making a stop with his band at 3Arena on Sunday, 29 March, they will perform passion-filled songs from their fifty year career, including fan favourites from Woodstock to Supernatural and beyond.The tour will commemorate two very important milestones in the iconic guitarist’s career: the 20th anniversary of his groundbreaking, multiple Grammy-winning album Supernatural and the 50th anniversary of his masterpiece Abraxas. Come find out why Santana has had a song in the Top 10 in every decade since the 1960’s.While Santana will highlight songs from both his Supernatural and Woodstock eras on the Miraculous 2020 World Tour, he will also feature what he calls “the new hymns and songs of tomorrow.” The band (which also features Santana’s wife, Cindy Blackman Santana, on drums) will also perform energy-infused songs from Santana’s 2019 album Africa Speaks, produced by maverick hitmaker Rick Rubin. NPR called it Santana’s “best record in decades” and The New York Times said it “ranks with the fiercest albums in Santana’s 50-year career.”