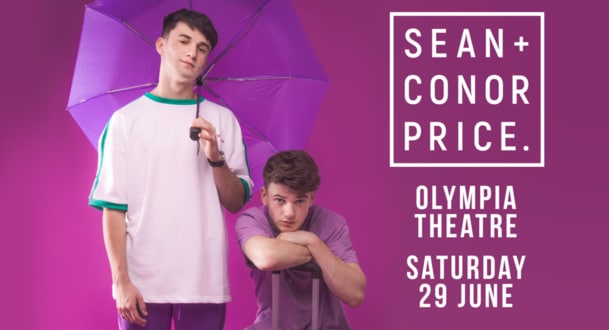 Sean & Conor Price have toured Ireland headlining their own “Be Like You Tour“. They performed 11 shows including sold out nights at Dublin’s Vicar St and ended their year with a special performance at The Helix. In 2018 they released 3 Singles “Be Like You“, “Get Lost” & “Quit” all of which went straight to number 1 in the Irish iTunes Charts.
In October 2018 Sean and Conor released their first mini album called “Dreamer” which had an amazing launch at Golden Discs in Cork and Dublin. It entered the Official Irish charts at No.8. The inspirational new mini-album “Dreamer” features six original songs written by Sean & Conor, recorded at the legendary Windmill Lane Studios in Dublin. On making “Dreamer” the duo say: “These songs are about chasing our dreams and never giving up. We wanted to write fun, young songs. ‘Dreamer‘ is about what it means to express yourself”.