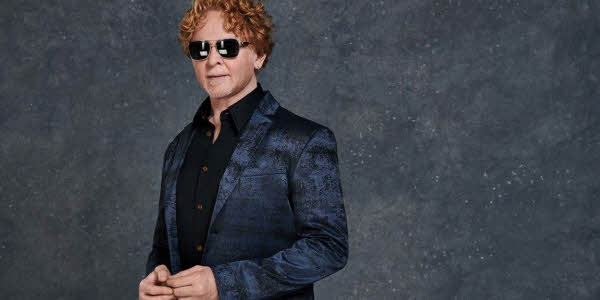 Born in Manchester, Mick Hucknall began his music career in the late 70s by joining a punk band called The Frantic Elevators. The quartet broke up in 1984, with their last single Holding Back The Years garnering critical acclaim.

In 1985, Hucknall began to assemble local musicians and soon after formed Simply Red, a six-piece named for his red hair and love of Manchester United. The group was immediately signed by Elektra Records and released a few low-charting singles as well as their debut album Picture Book, which contained a new version of The Frantic Elevators’ Holding Back The Years. When that song was re-released in 1986 it became a major hit, peaking at No.2 in the UK and No.1 in the US and Ireland. Picture Book also received a BRIT nomination that year for Best British Album.