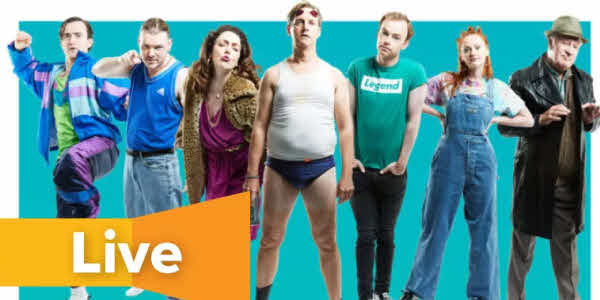 In a video shop in west Tallaght, in the tumultuous spring of 1995, the owner Barry is having problems with his staff, the customers, a local vigilante called The Coach, and an elusive video pirate simply called The Video Van Man, who’s ripping off his stock. His long-suffering staff Karl and Claire are the movie geek brains that keep the shop going, but they and the shop are under threat from a multitude of outside forces – local vigilantes, lack of opportunity, their chaotic family lives, not to mention VHS going rapidly out of fashion. The shop cannot survive, but if our gang is going out they’ll go out together, with integrity … because all anyone in this play wants is to watch a film together, in peace.