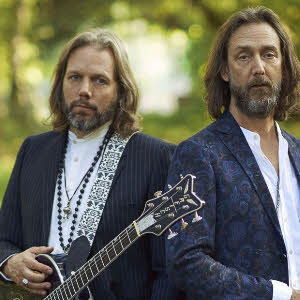 The Black Crowes’ Chris and Rich Robinson will herald the thirty-year anniversary of their landmark quintuple platinum debut album Shake Your Money Maker with a UK & European tour beginning 10 October with a show at 3Arena.
The Black Crowes, will be playing their debut album, described by Rolling Stone as, “a guitar-party cracker that marries Southern R&B crunch and Anglo cock-strutting attitude” in its entirety plus all the hits from the band’s illustrious catalogue.
The Robinson brothers have not played a show in the UK since 2013 when they vowed never to play or speak together again. Thankfully for the fans, time have healed these wounds.