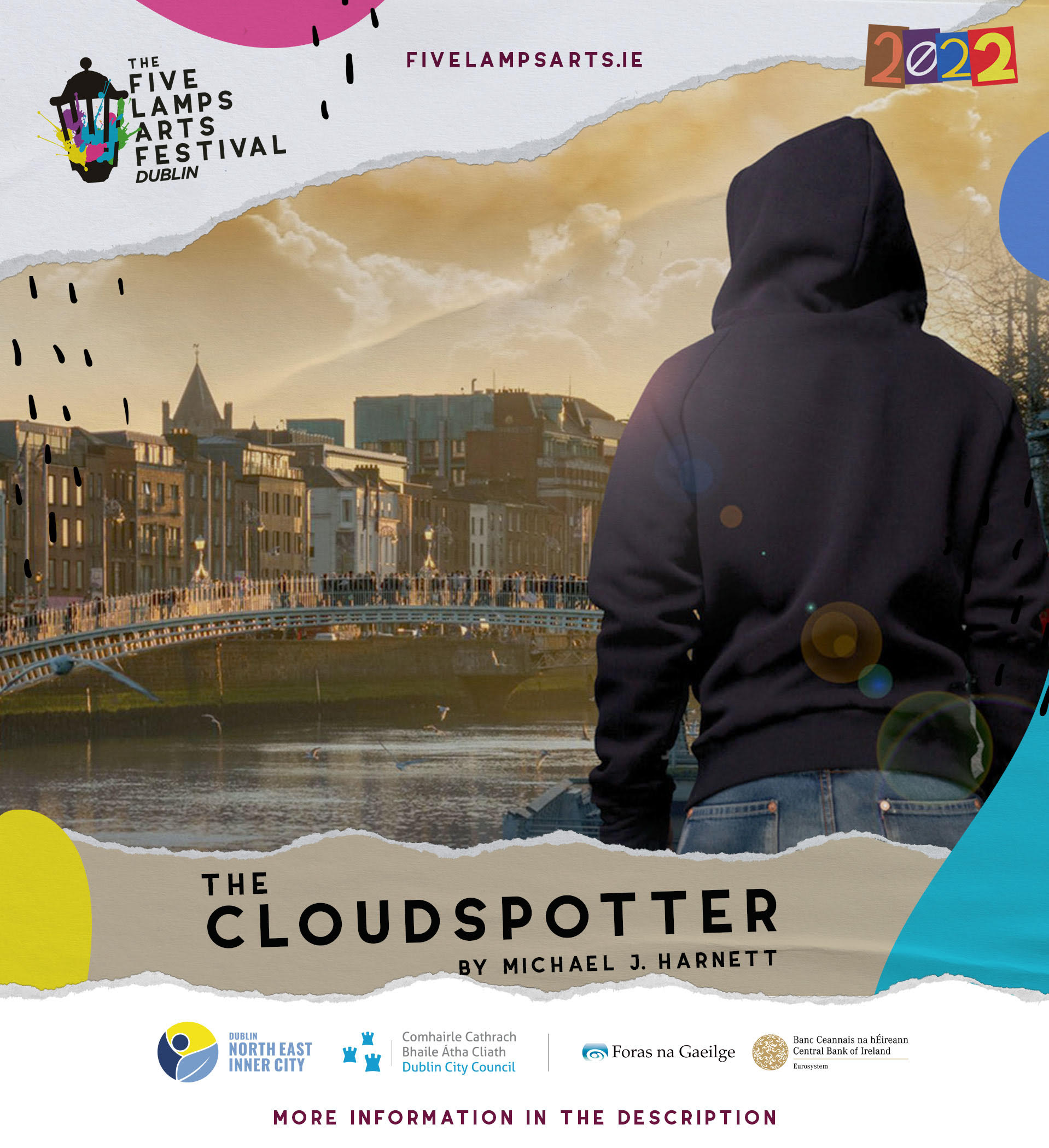 The Cloudspotter, by Michael J. Harnett, is a play about Nan, a grandmother with early signs of dementia and Thomas, her wayward grandson, who live together in an inner-city flat near the Five Lamps.

Nan’s condition is worsening. She loses her phone and her glasses, puts an empty kettle on the gas, leaves the front door open. Her situation isn’t helped by Thomas, his mitching from school, his brushes with the law, his unending excuses about his behaviour.

But despite everything, Nan and Thomas are close, a relationship which grows even stronger when the estranged family, in the guise of another daughter, Annie, attempts to put Nan into a home after she was found wandering the street in her pyjamas. But Thomas won’t hear of it.

The Cloudspotter is a play about relationships that span generations, about how a woman in her seventies was forced by circumstances to adjust her life and take over the rearing of her daughter’s child.

The character of Nan is vividly given life by Deirdre Monaghan, while Brenda Brooks, with threat and menace, plays another daughter Annie, and Callum Maxwell, mixing innocence and guile, sets out to capture the complex character of Thomas. The play is directed by Vinnie McCabe who brings his vast experience of acting and performance to the role.

The play should be of particular interest to teenagers in transition year, and adults of every age and generation. After each performance there will be an audience discussion about the issues raised in the play.

Further information from Roisin or Marcella at 0879737401 or contact@fivelampsarts.ie