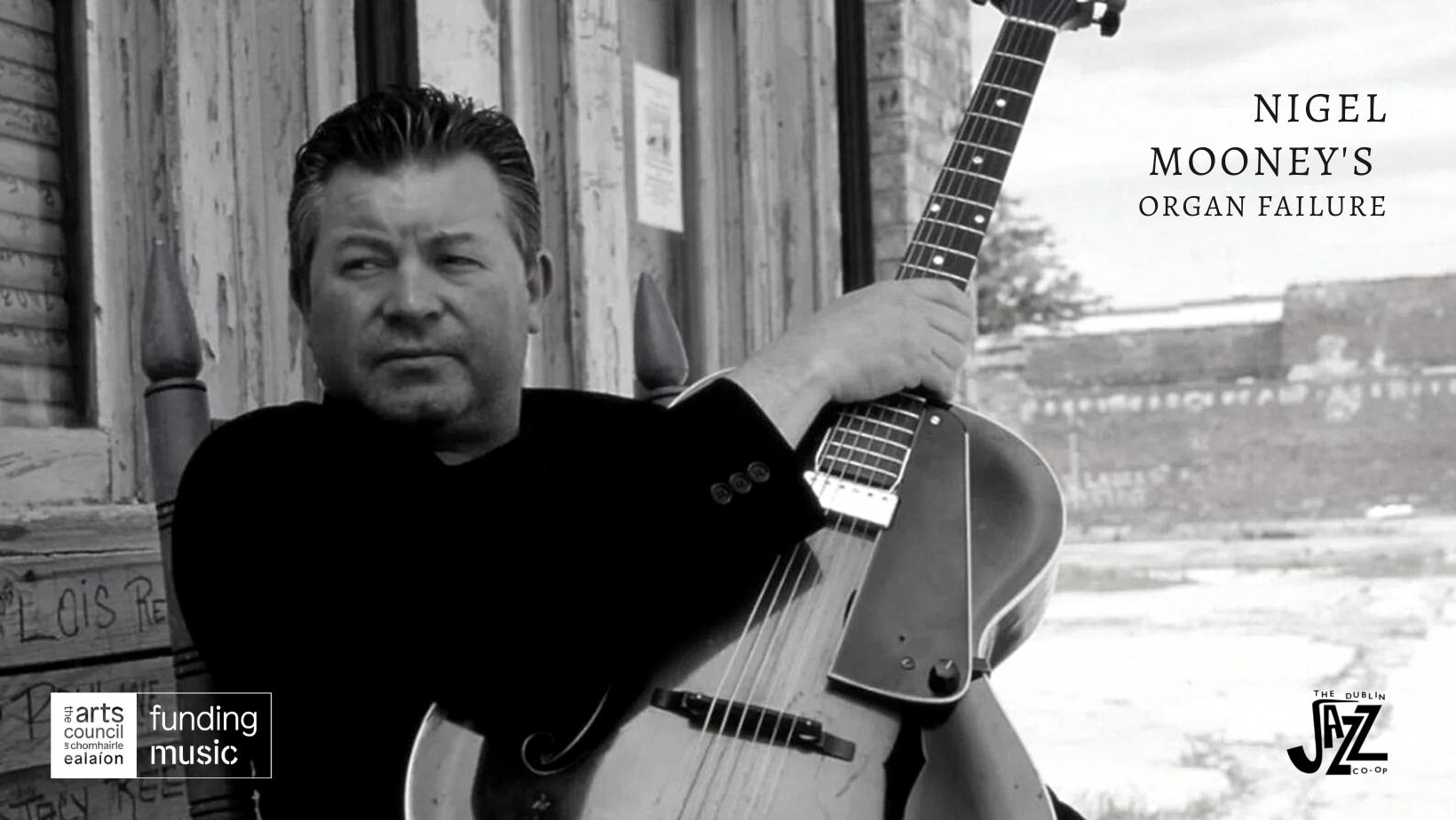 Hailed by the B.B.C. as ‘Ireland’s King of the Blues’, Nigel Mooney is long established as Ireland’s leading jazz singer/guitarist. Steeped in the blues from an early age, Mooney formed his Gripewater Blues Band in the early 1980’s. A self-taught musician, Mooney was influenced by the blues from an early age and his hard-bop style of guitar playing is expressive and melodic with a bluesy groove. He possesses a warm and rich tenor voice and has an almost flawless sense of pitch.

Mooney has been spearheading Ireland’s blues movement; working with the likes of B.B. King, Lowell Fulson, Bo Diddley, Hubert Sumlin and Louisiana Red since the mid-1990’s and has hasbeen a leading figure in Ireland’s jazz scene. His 2013 album, The Bohemian Mooney, was awarded Jazz Album of the Year by The Irish Times. It also featured guest appearances by Georgie Fame and Louis Stewart. ‘Ireland’s most popular jazz performer’ (Irish Times);

Mooney has played with Larry Coryell, Joey de Francesco and Bobby Watson. He has recently toured with Jean Toussaint and Jim Mullen. Nigel Mooney will perform with his Organ Trio, featuring Nigel on guitar and vocals, Scott Flanigan on organ and Dominic Mullan on drums.