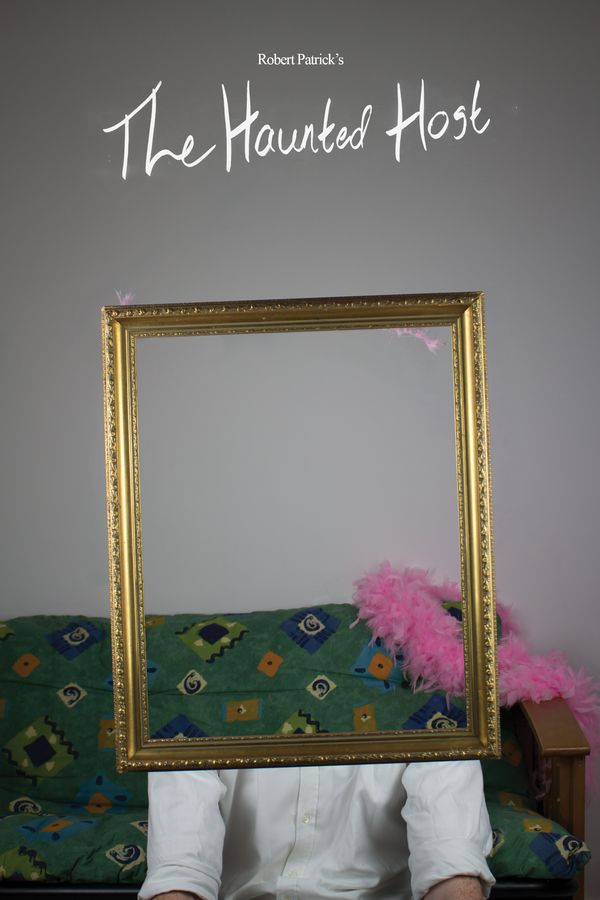 When The Haunted Host premiered at the infamous Caffe Cino in Greenwich Village in 1964, it did so illegally due to its explicit portrayal of homosexuality.
This play – coming a half decade before the Stonewall Riots of 1969 – was one of many artistic catalysts that propelled the early Gay Rights Movement in the United States.
Jay is an eccentric Greenwich Village homosexual with a gift for playwriting. He is haunted by the untimely passing of his former lover, Ed.  Frank is a young, straight man in search of a playwriting mentor and a place to stay for the night.
When Jay opens the door to realise that Frank is a dead-ringer for the late Ed, he sees an opportunity to re-enact the past and absolve himself of old sins.
With lightning-fast dialogue that’ll have your cheeks wet and hot with laughter, the two deconstruct truths about art, gender, drugs, society, death, sexual orientation,
friendship, love and how much you can give to a person without losing yourself in the process.
Written by Robert Patrick, the most produced playwright of the Off-Off-Broadway scene, Melia Theatre Company are delighted to present the Irish premiere of this riotous comedy. This is a show not to be missed.
Suitable for all ages 14+
sexual reference | drug use
WRITTEN BY : Robert Patrick – Samuel French Licensing
CAST : Kevin McMahon, Mark O’ Reilly
DIRECTED BY : Mark O’ Reilly
LIGHTING DESIGN BY : Ciarán Gallagher
ASSISTANT DIRECTOR & PRODUCER: Muirenn Lyons
SOUND DESIGN & STAGE MANAGER: Tamar Keane