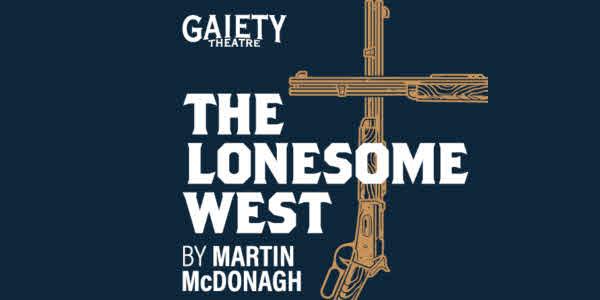 Oscar Award-winning director and playwright Martin McDonagh’s work is known and loved by both theatre and film audiences alike.

Internationally acclaimed for his works including The Cripple of Inishmaan and The Lieutenant of Inishmore as well as for writing/directing Three Billboards Outside Ebbing, Missouri, Martin McDonagh’s work has been performed on stages around the world and in recent years a number of his plays have been presented on the stage of Dublin’s Gaiety Theatre.

Gaiety Productions are delighted to present this February, a major new production of McDonagh’s blackly comic adventure The Lonesome West for a limited run. Running from 26 February until 19 March, this unmissable production will officially open on Wednesday 2nd March.

The creative team will be led by renowned director Andrew Flynn who has a long association with McDonagh’s work. Past McDonagh productions directed by Andrew Flynn have included The Lieutenant of Inishmore, The Cripple of Inishmaan, The Pillowman and A Skull in Connemara, which received 3 nominations in The Irish Times Irish Theatre Awards.

The Lonesome West: Finding it impossible to co-exist, two brothers Valene and Coleman live alone in their father’s house in the west of Ireland after his recent death. Between crisp bag arguments and violent disputes, only Father Welsh – the local young priest – is willing to attempt to bring them together before their petty squabblings end in bloody carnage. The Lonesome West is a bleak but blackly comic adventure full of dark farce, extreme satire and a lot of bootlegged poitín.

This production is funded by the Department of Tourism, Culture, Arts, Gaeltacht, Sport and Media as part of the Live Performance Support Scheme.