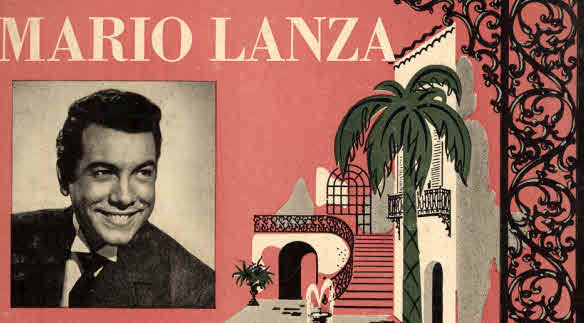 The Loveliest Night of the Year

It is 8 years since the first National Concert Hall celebration of the career of Mario Lanza.
Lanza’s legend lives on as one of the greatest tenors of all time – in the late 50’s and Early 60’s only Elvis Presley was more popular than the Italian/American.
His Hollywood career and especially his movies ‘The Great Caruso’ and ‘The Student Prince’ will live forever.
He was the first tenor to bring real operas and arias to the silver screen.
All of our recent concerts have been attended by Elisa Lanza the only surviving daughter of Mario and Betty Lanza. Elisa has said that the ‘Irish shows are the best celebration concerts she has ever seen anywhere in the world’.
Sean Costello will once again take the lead role with Soprano Sandra Oman and tenor Frank Naughton, the night will also feature Vladimir and his Slovakian strings. Narrated by famed actor Christopher Lee.