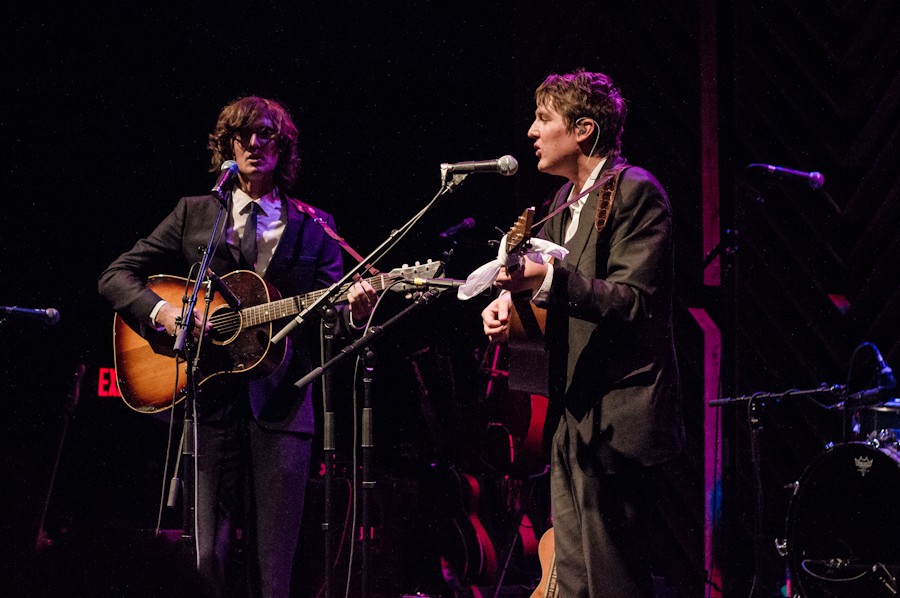 Since their last studio album, “Monterey” (ANTI- 2015), life has changed dramatically for The Milk Carton Kids. Pattengale has moved to, and is now producing records in Nashville. Ryan is now the father of two children and works as Creative Director on “Live from Here with Chris Thile,” the reboot of “A Prairie Home Companion.” A break from years of non-stop touring, Ryan says, has yielded “space outside of the band that gives us perspective on what the band is.”
But it’s not just the addition of the band here that creates something new. National politics left Ryan feeling disoriented and mournful. Pattengale’s relationship of seven years ended, and he found himself unexpectedly needing surgery for cancer. (He is cancer-free now, and accidentally broke his cigarette habit in the process.)