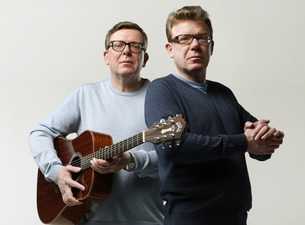 Following their sold out shows at Vicar Street and Ulster Hall last year, The Proclaimers come to Bord Gáis Energy Theatre as part of their highly anticipated return to Ireland.

It has been 32 years since Scottish twins Craig & Charlie Reid aka The Proclaimers emerged. Since then, their enduring appeal across generations has carved a niche for themselves where pop, folk, new wave and punk collide as the emotional honesty, political fire, wit and sing-along raucousness of their songs and their extensive touring has enlightened and entertained fans throughout the world.

All prices include a €1 facilities fee per ticket. Telephone & Internet bookings are subject to a maximum s/c of €6.85 per ticket/ Agents €3.30.