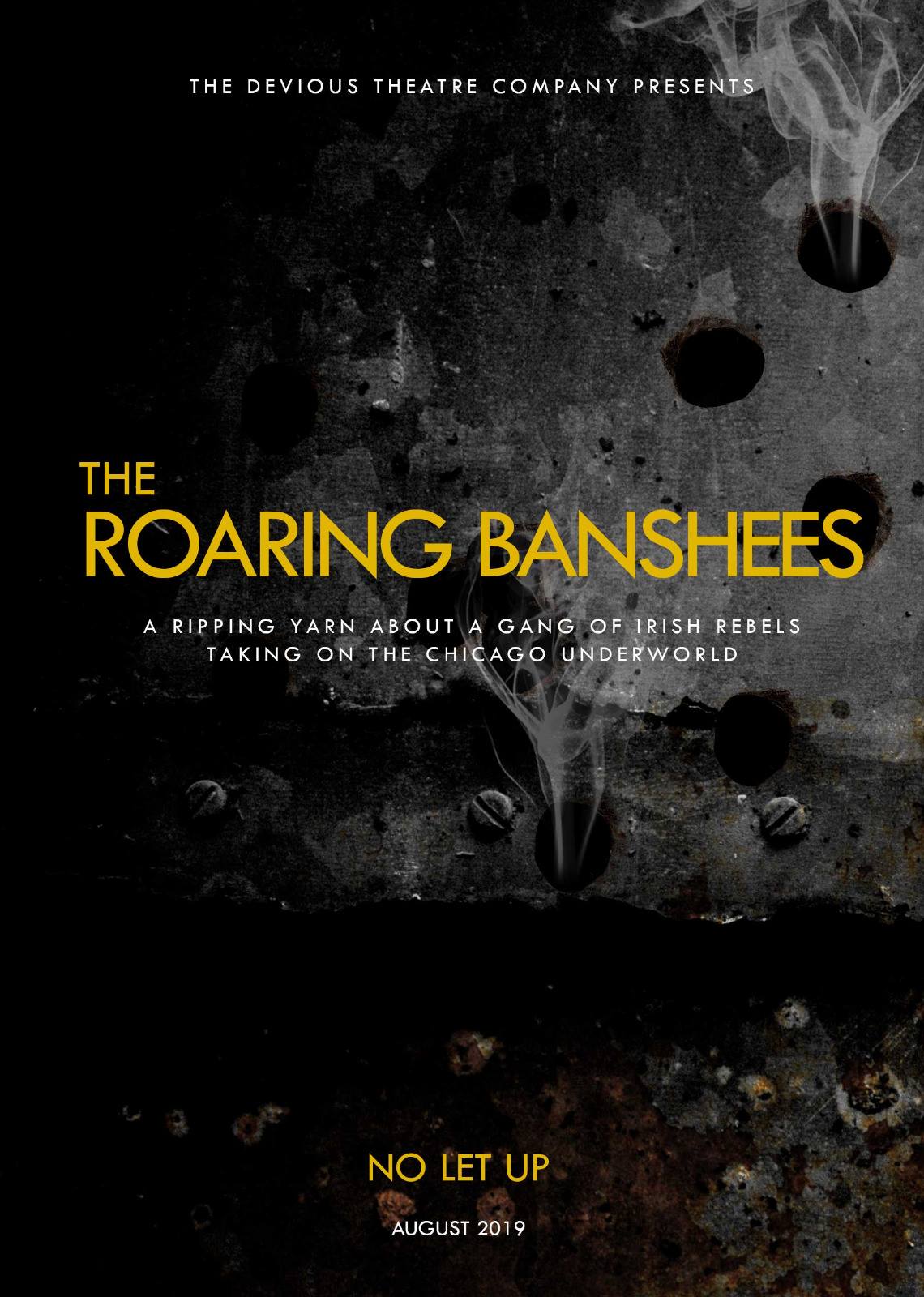 A ripping yarn about a gang of Irish rebels taking on the Chicago underworld
Chicago, 1923.
After a failed assassination attempt on Eamon de Valera, a rogue Cumann na mBán unit flee across the Atlantic to escape the law. With Prohibition in full swing, they earn their keep by making bootleg poitín and selling it on to the Chicago mob. From Devious Theatre, the Kilkenny company behind the 2016 smash hit The Hellfire Squad, comes the second blood-soaked, blackly-comic installment of the Ripping Yarn Trilogy.
Written by: Peter McGann + John Morton
Directed by: Sarah Baxter
Produced by: Clara Purcell
About the company: Devious Theatre were founded in Kilkenny in 2006. We perform different works in different spaces for different audiences using different methods. Our work hops genre but stays rooted in a style of comedy we have honed over the years. We don’t like labels. Thus, our artistic credo is mostly ADHD based and fairly guerrilla. To this end, our goal is to kidnap as many young people away from gigs and cinemas and pubs and drag them to the theatre.
We have performed 25 productions to date, become the first theatre artists in residence in Kilkenny Arts Office, have won a PPI Award for Radio Drama and have had our work featured at Edinburgh Fringe Festival, Cork Midsummer Festival, Dublin Fringe Festival, Galway Theatre Festival, Quarter, Electric Picnic, Collaborations Festival, West Cork Fit Up Festival and The Theatre Machine Turns You On amongst others.
Age suitability: 12+