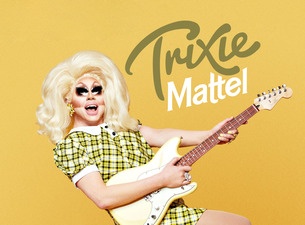 American drag queen Trixie Mattel is coming to the UK in 2020 with a new tour. It follows her recent 2019 Skinny Legend tour. Expect to hear more music and surrealist comedy that only Trixie could hot glue together. Plus, the star recently released an upbeat pop song called Yellow Cloud featuring electric guitar. This is a new sound from the folk-like songs on Trixie’s Two Birds and One Stone albums released in 2017 and 2018, respectively.