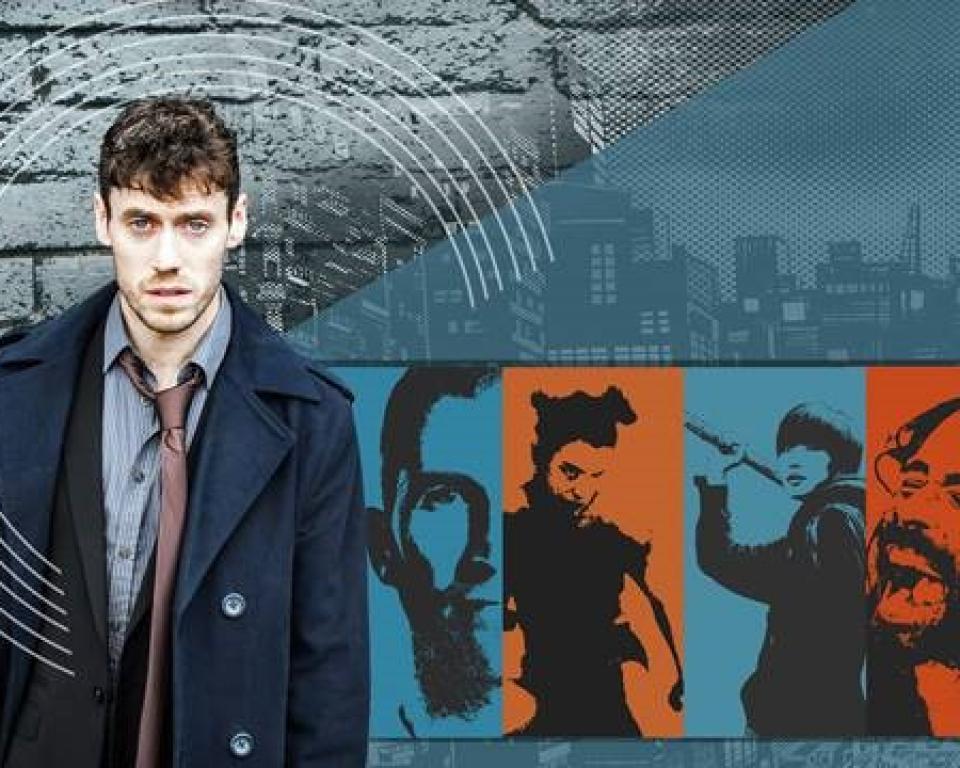 A live graphic novel created via a wildly physical fever pitch of dance, theatre, and animation, Villains by Luke Murphy premieres 8-13 September at Project Arts Centre as part of Dublin Fringe Festival. An evening length work for five performers, Villains investigates the roles of hero and villain in contemporary culture in an era where your 15 minutes of fame is often followed by a lifetime of infamy.
Inspired by Twitter rants, incredulous outrage and outrageous hypocrisy, world leaders stepping from the world of reality TV, protest and protesting protests, Villains looks at the myths we conjure up, accept, destroy and forget all within the course of a week. Villains weaves a new fable of mysterious characters, conflicted heroes, innocent bystanders and big big bad guys.  Performers reveal their alter egos and origin stories to rise to meet and defeat the great threats around them. Then as the perspective skews and perceptions shift each hero becomes a villain and  a new hero must rise…
Video Designer David Fishel generates a comic book world with a multi-screen video installation of animated and real life film segments, pulling the fantastical from the every day, while projected animations are mapped onto bodies to create 3-D characters, with a soundtrack featuring DJs Moderat and Howling and instrumentalist Alessandro Cortini.
“Villains started out as a response to a lot of people shouting at each other, a lot of people convinced that if someone doesn’t see the world their way there must be something wrong with them, “says Luke. “I see the show as a kind of fable, a make-believe story about a world that’s both fantastical but maybe also eerily familiar. Every time I read something about the world it seems all nonsense and marketing and fiction and outrage but behind it there’re real people following what they think’s right for their own reasons, so in Villains we try and show that phenomenon, hopefully in all its humour and tragedy and excitement and absurdity. It’s a dance show, but its also a play, a film, a fairy-tale, it’s everything it needs to be I hope.”
Dates & times:            8-11, 13 September (Preview 7 September)
6.15pm (9pm, 13 September)
Prices:                         €16/€14 | Preview €11