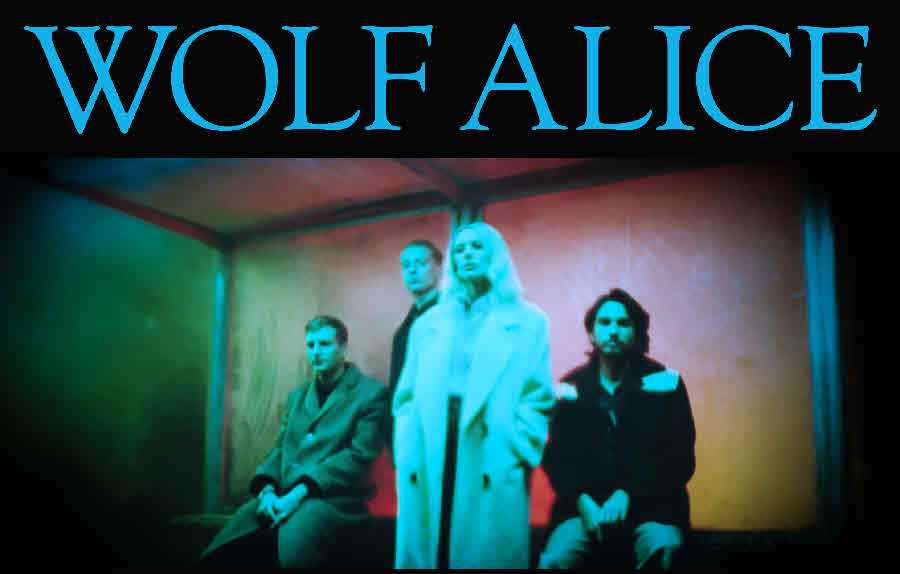 Wolf Alice are Ellie Rowsell (vocals, guitar), Joff Oddie (guitar, vocals), Theo Ellis (bass) and Joel Amey (drums, vocals). It has been a decade since the band began as a duo of Ellie Rowsell and Joff Oddie, then later expanding to a four-piece, with Joel Amey and Theo Ellis joining the group. Since then, the band saw their 2015 debut album My Love Is Cool soar to #2 on the UK charts, their sophomore album Visions Of A Life win the 2018 Hyundai Mercury prize, and a GRAMMY nomination for Best Rock Performance. The band played a massive 187 shows on the Visions Of A Life world tour – including a sold out Alexandra Palace, 2 sold out dates at Brixton Academy, and a set on the Pyramid Stage at Glastonbury.