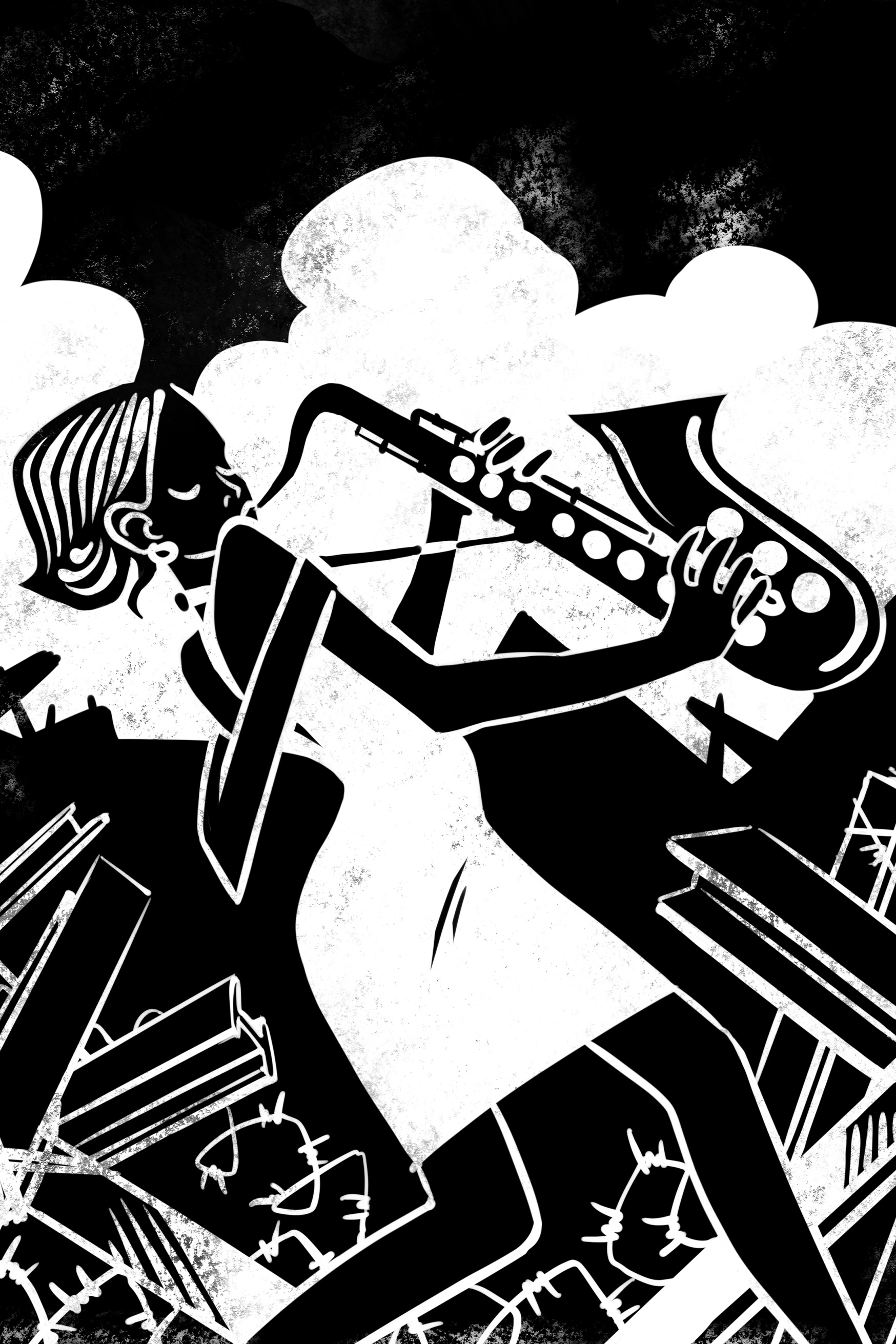 With just her sax and a suitcase, Zandra Mitchell joined a jazz band and toured the world.Born in Phibsborough, Dublin in 1903, she was Ireland’s first female saxophonist.While the twenties roared she found her way through Europe to Berlin. The dictators rose; the books burned; the bombs dropped…and Zandra played her sax.
Darn Skippy Productions present Zandra, Queen of Jazz — a play with original music, based on an extraordinary true story.
The early development of this piece was supported by an Emerging Artist Bursary from Dun Laoghaire-Rathdown County Council Arts Office; with further support from dlr LexIcon Library.
Written and Performed by: Roseanne Lynch
Directed by: Katherine Soloviev
Original Music, Arrangements and Sound Design by: Richard Lennon
Poster by: Eugene Korolkov
About the company
Roseanne Lynch and Richard Lennon, artistic directors of Darn Skippy Productions, also happen to be married. When we first started dating, Richard (a New Yorker) used the phrase “Darn Skippy” in a sentence, and Roseanne (a Dubliner) was completely bewildered. Was he referring to a kangaroo who needed his socks mending? What was he talking about? Richard explained that saying “Darn Skippy” is like saying, not just “yes”, but “YES!!!!” It is now something we say to each other most days, and when the time came to pick a name for our production company, it seemed like the perfect choice.
We want to make work that is vivid, bold and bursting with life – work that says, not just “yes”, but “YES!!!!” to all the joy, agony and infinite possibility of being alive. This is Darn Skippy’s debut stage production.
Our previous work includes The Killiney Hill Sessions – a series of music videos made in collaboration with poet/singer-songwriter Christian Wethered; and Anchor – a radio play commissioned by the dlr LexIcon Library to mark the Centenary of the sinking of the RMS Leinster.
Listen to Anchor here: vimeo.com/richardlennon/anchor
Follow the company:
DarnSkippy.com
Facebook.com/darnskippyproductions
Twitter.com/darnskippy
Vimeo.com/darnskippy