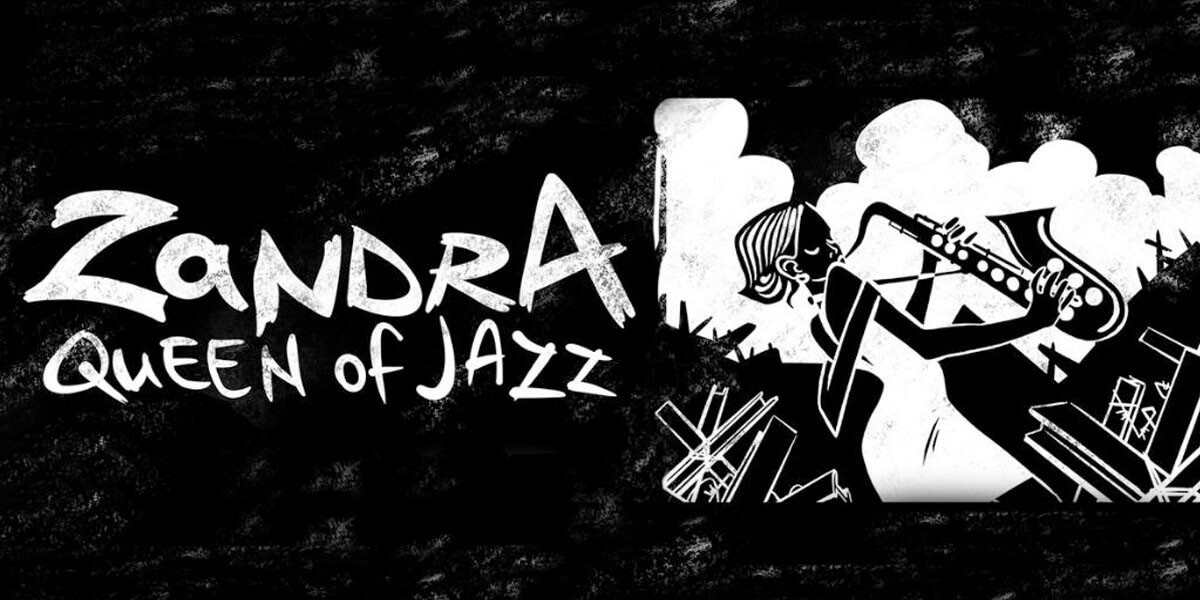 For one night only, Zandra, Queen of Jazz comes to the Moat Theatre in Kildare after Two Sold-Out Runs at Smock Alleyhool. The second run was part of the Herstory Light Festival 2020, a festival dedicated to trailblazing women throughout history. This show is not to be missed.

With just her sax and a suitcase, Zandra Mitchell joined a jazz band and toured the world.

Born in Phibsborough, Dublin in 1903, she was Ireland’s first female saxophonist. While the twenties roared she found her way through Europe to Berlin. The dictators rose; the books burned; the bombs dropped…and Zandra played her sax.

Darn Skippy Productions present Zandra, Queen of Jazz — a play with original music, based on an extraordinary true story.

With Support from Jazz Ireland

Further support from the dlr LexIcon Library. The early development of this piece was supported by an Emerging Artist Bursary from Dún Laoghaire-Rathdown County Council Arts Office.

Lynch…traces the fortunes and misfortunes of a trailblazer, with candour and wit…gives the impression of improvisation, though the lines are flawlessly rehearsed and the rhythms exact…

– Ian Patterson, All About Jazz

Directed with a real sense of pace and zip, and a wonderful feeling of the style of the 1920’s, by Katherine Soloviev…

The lighting…has the smokey effect of a speakeasy in the 1920’s. A show where all the elements of theatre fused together to make a really unique and fascinating piece.

Richard Lennon, who provides original music, perfectly echoes the tones and beats of the story and allows the music to have a cheeky life of its own.

This is both an invigorating and empowering performance…

Katherine Soloviev uses music and movement to inject the one-woman show with a stylish dynamism. Lynch’s performance is elegant and poised.

Lynch tells Zandra’s story with gusto and it is a story worth the telling.